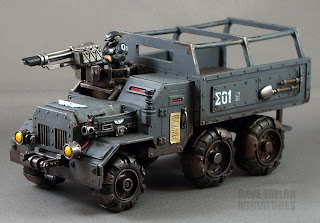 Once all the pieces are cleaned up, the next step is to glue the guide piece to the "inside" of the grille and bumper bar structure. This piece will assist in the placement of the hood pieces later. 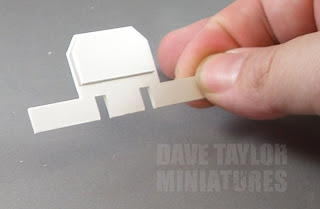 This is the next step, gluing the grille facade to the other side of the structure. 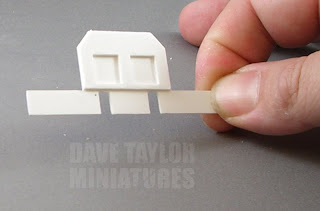 Then I started to glue the five hood pieces to the structure, using the handy guide as...well...a guide. The way to go here is glue one side first, then work your way around until all are glued in place. 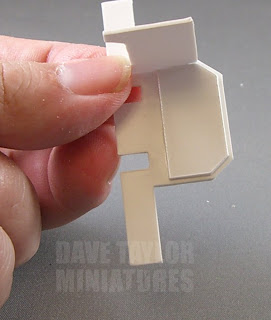 The hood structure can now be glued in place. The top of the hood butts up against the front of the cab of the Ork trukk. 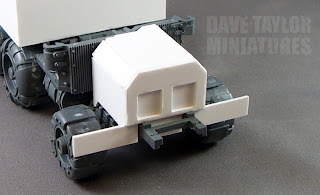 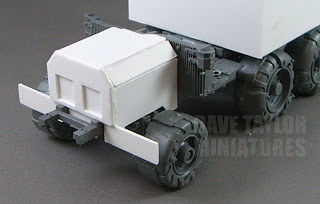 The next step is to glue the facade panels onto the front of the cab. 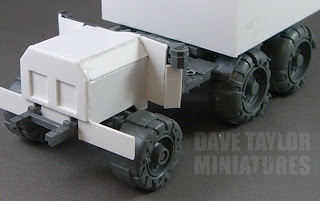 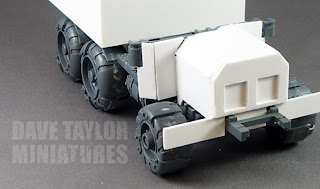 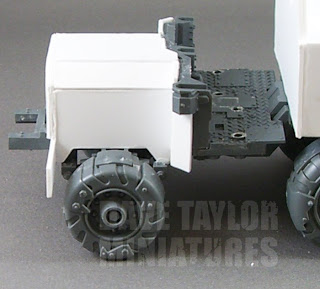 For some added bulk and extra detailing we've added another panel to the bumper bar, that glues on directly over the Ork trukk framework. 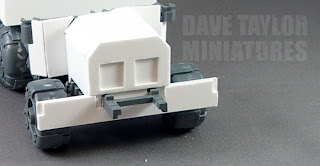 Another guide piece is glued in place on the side of the engine housing. Hopefully you can make out the angled piece there. This will help in the next step... 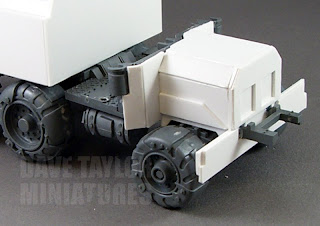 ...glueing the fender pieces on. You'll also noticed that I skipped ahead to glueing on the side panels of the cab, this isn't because I wanted to cut out vital steps, but for some reason all of the shots between these two step were blurry as hell. Not sure why, but I'm sorry for the inconvenience. In addition to the side panels I've also added the rear cab panel. This is glued directly to the truck bed. 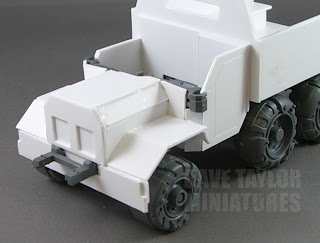 Thomas is a big fan of the guide pieces (as I've mentioned before), and I think I might be a convert too. In this picture you can see the guide piece at the back of the cab. Very helpful!

Another panel added, to form the side of the driver's cab. 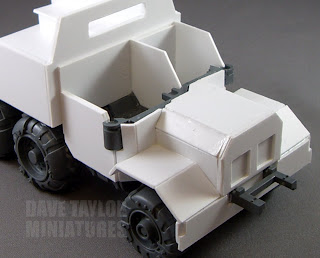 And finally, the top and front of the driver's tiny cab have been added. This brings me to the end of Part Two - The Front End and Cab. Next time around will be the Detailing (my favorite part). In a recent post somewhere I promised to show my "foolproof" methods for clean plasticard work in this post. I've taken the photos, I just need to get them posted. I'll do that in my next post, a separate Plasticard Tutorial.
Posted by davetaylor at 3:00 PM