No Pact in sight!

I think it was last post, but I know I've mentioned the Perry Miniatures American War of Independence (AWI) American Militia miniatures I was painting for work. Above is a shot of the first 20, painted as patriots (by using some blue/grey colors) using the "dip" method. This is the first time I've really used it, and it was quite interesting. I enjoyed the process for these miniatures so I painted another 20! Finished them up this morning, and painted them as loyalists (by using a red/brown where I'd used the blue/grey on the others).
You'll be able to see more shots in November's issue of Wargames Illustrated (#265).
Anyway, back to the sci-fi/fantasy realm. 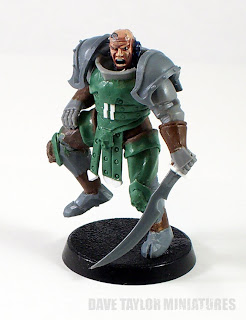 I currently have two commissions on the go. The first is to convert and paint a Fulgrim in the same style as Chris Borer's Slayer Sword winner from Chicago in 2007.
I still have quite a bit of sculpting work to go. Wish me luck!
The second one, below, is to build and paint a Night Lords Chaos Lord with two Lightning Claws and a combi-melta. The commissioner wanted the boltgun and meltagun integrated into the claws. He also wanted wings (the Night Lord influence). We both agreed, however, that winged helmets were silly. 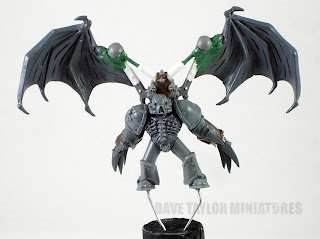 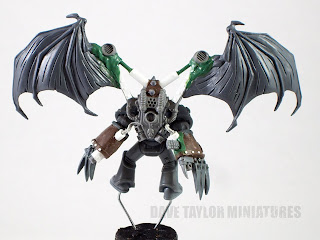 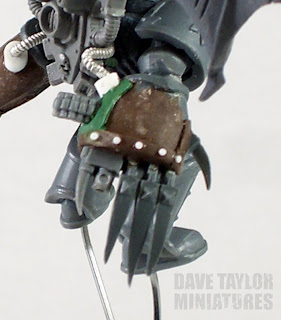 Here's the right claw with the bolter integrated into the "little finger" spot. 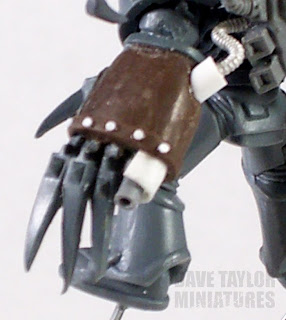 And the meltagun on the left claw.
All that remains now is to get it painted!
Only three weeks until I have to have my seven Blood Pact vehicles finished for the Battlefoam tournament, as well as having these two jobs done. Should be a busy time.
Cheers
Dave
Posted by davetaylor at 3:21 PM 6 comments:

Too long, it has been too long!
As well as painting a few of the Perry's Loyalist Militia from their American War of Independence and a few of the British Legion too, I've managed to finish off the Command Squads for my Blood Pact army. 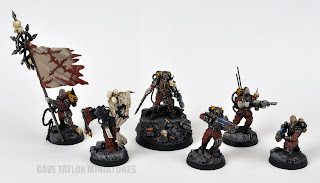 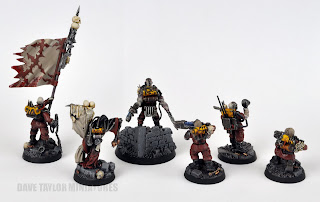 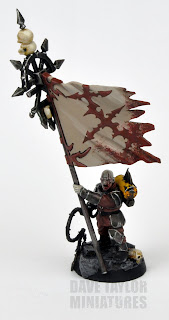 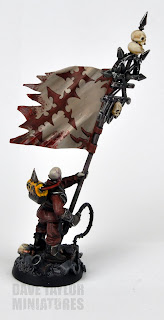 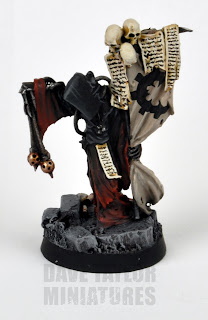 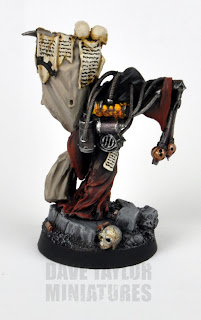 And the Officer of the Fleet. I thought a lot about what kind of "man" would be crewing the fleets of the Archenemy and settled on the idea that there would be quite a lot of Dark Mechanicus types, plugged into warp-twisted machines, guiding their vessels according to the will of their masters (and the Dark Gods they are sworn to serve). This Forgeworld Renegade Preacher seemed like a great choice. I hope you like him.
So there you go. that's it for this update. Hopefully I'll be able to get another up by Sunday. If my wife and daughter are feeling better and I don't catch the cold that they've had these last few days ; )
Oh, and my wife says "Hi!" to everyone!
Cheers
Dave
Posted by davetaylor at 6:13 PM 17 comments:

Well it has been a pretty busy month. My parents were in town, visiting from Australia, for almost 4 weeks. We went to Boston for a wedding, and North Carolina's Outer Banks for a weeks vacation, and a whole lot more. I managed to squeeze in a few hours here and there, working on my Battlefoam Wild West Shootout army. I finished up ten more Infardi and ten more Blood Pact troopers. 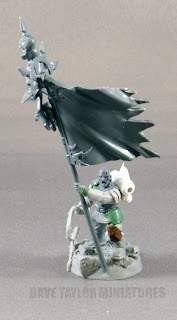 I only have 4 infantry models left to paint for the army, including the Standard Bearer above. The model is, of course, a crazy kitbash including parts from at least five kits. I'm really looking forward to going to town when painting this guy! 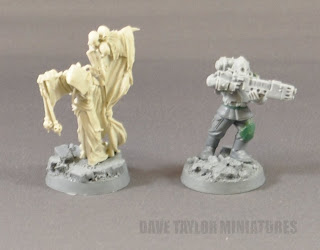 To round out my Command Squad I have the Fleet Officer and a second plasma gunner. 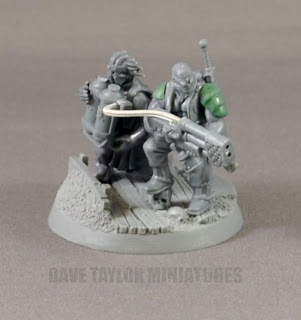 And to complete my Platoon Command Squad I put together this heavy flamer trooper, with his fuel tanks carried by a beaten slave.
Here's the latest idea for my list. You'll notice I have seven vehicles left to build and paint. Should be fun for the next six weeks!