BURNING OF PROSPERO - An new addition! 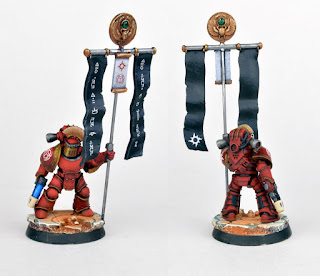 One of the earliest NOCF raffles was won by a guy named Jake Schneider. Jake lives in Tasmania, so we had to send the army all the way to Tasmania, which is now our running joke about how far we'll go to get your prize to you (Tasmania is over 12,000 miles from Washington, DC).

Anyway, Jake just happens to be a digital sculptor and has his own freelance business, Dark Wolf Studio. If you want to have something digitally sculpted, contact Jake via his FB page HERE.

When he heard about the Burning Of Prospero project, he offered to sculpt us up a banner for the Thousand Sons. Of course, we said yes : )  Just last week we received two pieces from Jake, one is the Legion Vexilla you see above you, a completely new model added to the project and painted by Brian Sobb (thanks, Brian!), and below you can see a Squad Vexilla added to one of the models Brian had already painted for us. 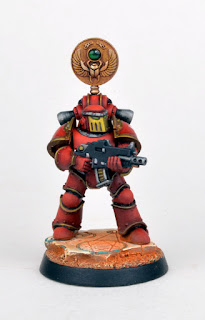 So, thanks to Jake Schneider, a former winner of one of our armies, and to Paul Figgins at Trenchworx* for the 3D-prints, we have something else completely unique for this project.

Don't forget to grab your tickets for the Burning of Prospero raffle HERE very soon. The raffle will be drawn on February 5th!

* If you want some very cool WW1 and WW2 tanks, or have a file that needs 3D-printing, check out Trenchworx. Their printing quality is spectacular!
Posted by davetaylor at 8:38 AM 13 comments:

BURNING OF PROSPERO - the first Charity Raffle of 2017! 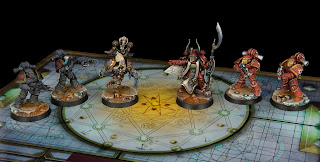 Oh my goodness, it seems that I have neglected to let you all know about the super-cool Charity Raffle we have going on for the NOCF this month!

Some very good friends of mine have banded together to paint up a set of the Burning Of Prospero board game by Games Workshop. Each of the models has been assembled as they are typically shown for the box set, and the painting styles are very much those of the various painters involved. This group of hobbyists has netted (over the years) more than 15 Crytal Brush trophies, 70 Golden Demon trophies, and 4 Slayer Swords! In addition to all the miniatures, you also get the board game itself, plus a few other cool accessories!

I invite you all to head on over to the NOCF website and purchase a bunch of tickets. We will ship to ANYWHERE in the world with a valid mailing address, so feel free to purchase wherever you happen to live in the world!

There are only 1,000 tickets in total, so if you buy 10 tickets, you have a 1-in-100 chance to walk away with this very valuable collection of minis. Far better odds than any other raffle/lottery out there : ) 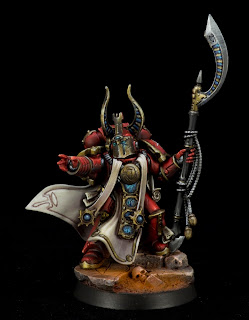 Ahriman was painted by Damon Drescher, a master or power-armored painting. 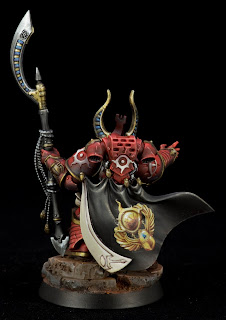 Damon also painted up the Tartaros Terminators for the Thousand Sons. This squad is completely unique as they were converted by Chris Borer and contain scratch sculpted parts like those you can see below. 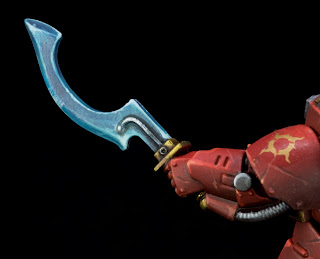 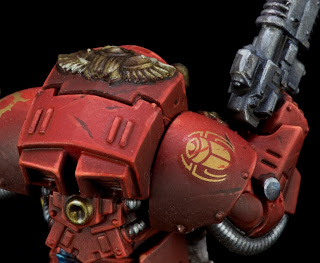 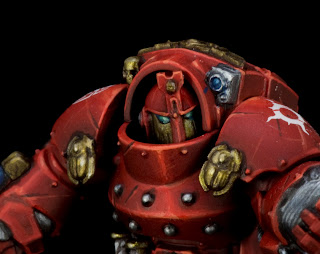 Celso Mendez Jr joined us on this journey by painting up these 10 Thousand Sons Marines, all ready to defend Prospero against the marauding Wolves. 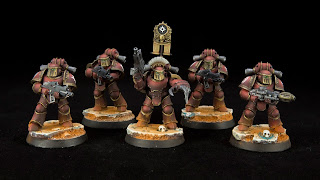 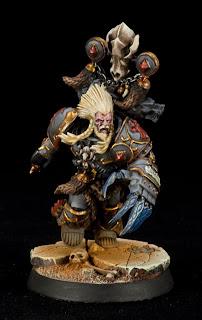 I was keen to mess around with a Space Wolf (a foreshadowing, perhaps) and painted up this Geigor Fell-hand for the project. I love all the gold decorative elements. 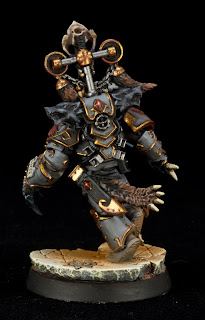 Rich Erickson took on the bulk of the Space Wolves, painting up this pack of grey hunters. 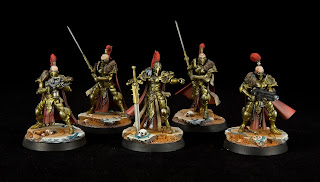 David Pauwels painted up this wonderful unit of Sisters of Silence. I asked him how he achieved the gold on their armor, but he was quiet about it.

And finally, I painted up the Custodes. It was cool to paint these mighty gold heroes again (it has been over 12 years since I painted my original army). There will definitely be more Custodes in my future. 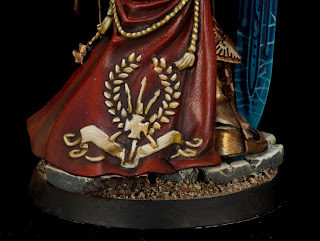 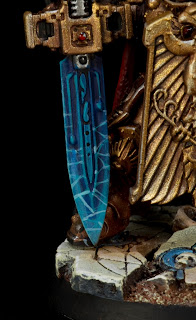 Please join us in raising money for Doctors Without Borders, and to head on over to the NOCF website and purchase a bunch of tickets. Again, we will ship to ANYWHERE in the world with a valid mailing address, so feel confident purchasing tickets from wherever you happen to live in the world! 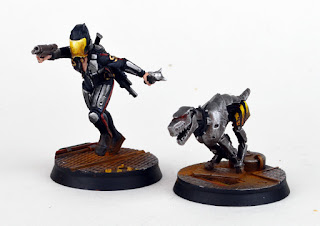 As I was bundling up some of the Inquisitor models to send off to my client, I realized I hadn't posted the December batch (I took a little break from the 54mm goodness in the months prior to December). So, without further ado, here they are.

Krashrak the Stalker is an alien who is also a bounty hunter. I went for a fairly straightforward color scheme for this guy, the neutral and desaturated tones giving him a fairly barbaric feel.

Krieger 'Krash' Thrax is a Chrono-gladiator - massively bulky with two claws that will kill anything they close around. I really get the impression that he'd be able to soak up a lot of damage while he waits to deliver one blow on target, but that he'd only need that one blow.

And finally, a second Enforcer. This one was a Specialist Games alternative sculpt/conversion of Barbaretta, who I painted earlier (HERE). I think they'll work well together : )

Cheers
Dave
Posted by davetaylor at 10:42 AM 6 comments:

Email ThisBlogThis!Share to TwitterShare to FacebookShare to Pinterest
Labels: Inquisitor 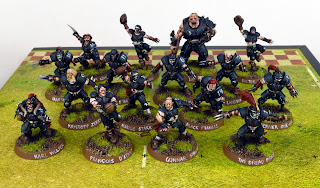 It's always a pretty cool moment when you can plonk your painted minis down in front of the camera and record that they are complete. This weekend I was able to do that with my Black Gulf Buccaneers, the third incarnation of my most favorite Blood Bowl team ever (the first was built in 1994, the second in 2002, and now this one). I'm also quite excited that I completed this project in less than four weeks (six if you include the two weeks I was away in Australia, which I don't).

Anyway, here's a look at the individuals who make up the Black Gulf Buccaneers, in numerical order:

There has also been a pretty good reaction to my Ogre - Da Anchor - who was pretty simply converted from an Astra Militarum Ogryn. When he's on the pitch, he's all about creating the breakthrough and holding whatever new line I need to hold. In the past he has played a pivotal role in the team. 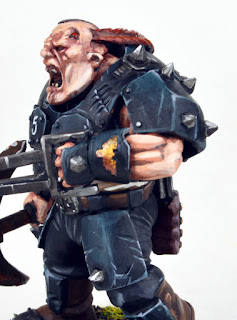 Additionally, I've asked quite a few times about the way that  painted their black armor (as differentiated from their black trousers). Well here's a quick description:

It's a fun method, and great colors to work with.