How many days 'til Adepticon?

Only four? Oh my goodness, what am I going to do? In just 96 hours time I'll be sitting at the bar, relaxing with a beer (or a dirty martini), but before then there's still plenty to do! 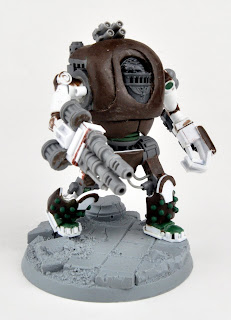 First up, last post I teased you with a shot of this Pre-Heresy Dreadnaught's legs. Here he is in his semi-complete stage. Inspired by the work of Insaniak (a fellow Aussie converter who posts a lot on Dakka), and the artwork from the Horus Heresy artbooks, I put together this interpretation of Rylanor, the Emperor's Children Dread from Fulgrim and Flight of The Eisenstein. Since this photo was taken I have finished the modeling work and I'm almost finished with the painting. I'll be delivering this piece in person to the client at Adepticon. As it was such a fun project, I figured I'd do a full post on him next week, after the show.

I'm going to be playing in the 40K Championships on Sunday at Adepticon. I always think "Championships" is such a grand title and I feel like a bit of a fraud playing in them. I'm so far from a champion player it's still kind of funny. Anyway, I decided to take some advice and added this Veteran squad to my list. They'll be rocking shotguns, two meltas, a heavy flamer, a demo charge, meltabombs, and the sarge has a plasma pistol and power sword. Although more pricey than I typically go for, I think they'll do me proud. To build them I used the torso/head pieces from the Vraks Renegade Enforcers (from Forgeworld). The skull masks were a lot of fun to paint up! You'll notice some interesting weapons being carried by these vile devotees of the Dark Gods. Stolen directly from a poster on Dakka Dakka, whose name escapes me right now (please post a comment if it was you), the shotguns my boys are carrying are a mix of IG flamer and grenade launcher. I have plenty of both just lying around and when I saw this conversion, I knew I had to try it too. I like it a lot and I think it adds some great bulk and a slightly archaic look. 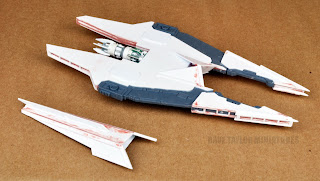 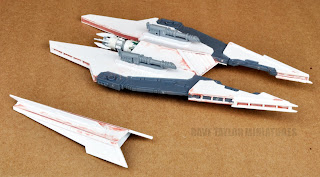 So, the Veterans need to be delivered to the right place at the right time. I'll be finishing off the Locust in the next few days (I hope) to use as their Vendetta transport. Quite a bit more work to do, but I do enjoy my plasticard work. 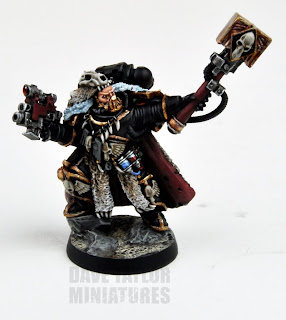 And here's a shot of a Wolf Priest I had to paint up for a buddy of mine. When I was out in Phoenix last October for the Battlefoam Wild West Shootout, I made a bet on the outcome of the Broncos/Giants game that was played on Thanksgiving night. Sufficed to say, my boys in blue did not follow through on their promising start to the season and I was left holding the proverbial bag. I hope Jason gets a lot of enjoyment out of this figure.
One last bit. Unfortunately we've had to cancel our Napoleonic game originally planned for Saturday night at Adepticon. That big bugbear of hobbyists everywhere (real life) got in the way of finishing up their units for some of our players so we decided that it would be best to bring it all along next year instead. My apologies to anyone who was really looking forward to seeing it. I might bring my finished units anyway. We'll see if they fit : )
Anyway, take care, and I'll see you all (hopefully) at Adepticon!
Cheers
Dave
Posted by davetaylor at 8:19 PM