And so we come to "Revelation Day"!
Perhaps nothing so grand, but with entries from 37 of this blog's followers, I know there are a few people hoping a signed copy of Blood Pact will soon be winging its way to them. Please remember, there can be only one winner. I layed all the entries out before me and went with my gut, feeling a somewhat-Zen connection to the winning entry.
As I promised in my comment on my last post, here are ten or so entries that topped the list. I'll follow these with the winner. Please note, these are in no particular order.
THE RUNNERS-UP
Here we have the entry from Istvan Vegh. A great job of bringing the knives, skull, and Khorne symbol together. 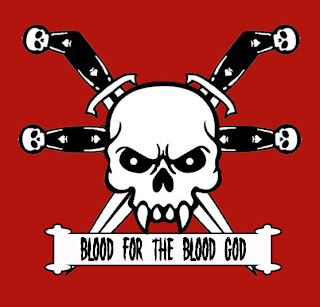 David Brender has taken a different approach here, and I REALLY like the use of the skulls to create the wreath! 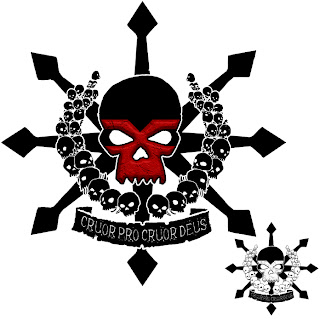 Gavin Massey went down a quite elaborate path with this one. I think the blood drop inside the skull was used as a campaign badge "back in the day", so I had quite an old school feeling about it. 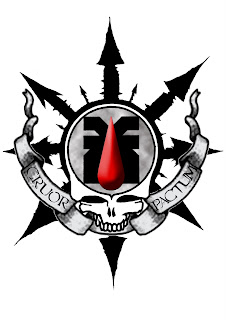 Jason Gould brought the elements together very nicely. I particularly like the styling of the Chaos star. 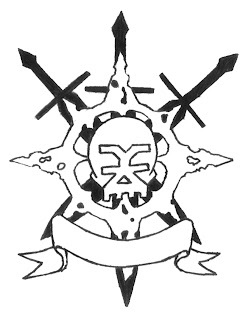 One of my favorite miniature painters, Chris Borer, took a key from my interest (and his own) in more solid, block designs. Each of these is subtly different, and one of them might make a forearm tattoo for the future.

Alex Landing was very enthusiastic about the competition and sent through a couple of dozen variations on the theme. This was my favorite of his work. 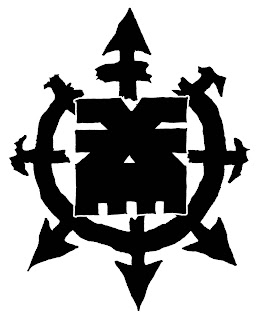 This entry from Tim Hollman was the first I received to incorporate the Blood Pact grotesque. Some very clever arranging of elements to have them do double duty. 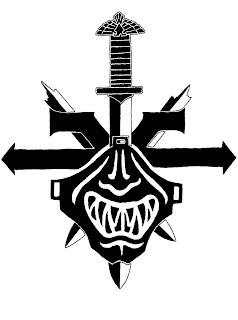 Wayne Snyder sent in a few entries that were very cool, but it was his worksheet that I thought I'd show here. It's always fun for me to peek behind the scenes and see how people work. 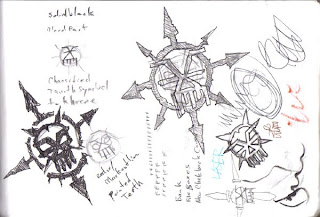 David Liljehammer submitted this entry. I like the decayed feel of the Chaos star/wreath, it looks rusty and dangerous. 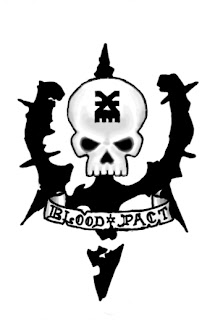 Three of the entries from Dylan Gould. Like many entries, Dylan was keen to see me use the Chaos star styling that I've painted on my tanks. I liked the sharp edge style of these very much.

And Dave Stolarski not only sent in this piece (note the Blood Pact grotesque on the skull)... 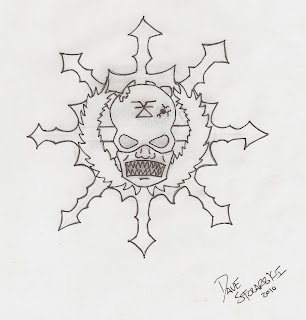 ...but he also sent me a few photos of the start of the "Gaunt's Ghosts vs Blood Pact" sleeve he is currently having tattooed, proving I'm so far from hardcore it's kind of funny. Dave will be getting the color done over the coming months, as time and funds allow, but he has promised to send in pictures of it's progress that I can post here. Nice one Dave! 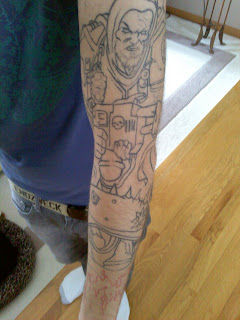 THE WINNER!
And so we finally make our way to the winner. Robert Ringefors (from Sweden) sent in this very cool - and winning - piece. Not only did Robert blend the Chaos star and the Tanith Straight Silver, like several other entries, but the eye-catching mottled red of the bloody palm print just worked so well with the negative space of the icon. This should be very cool planted slightly off center on my bicep, just below the Imperial eagle I got 11 years ago.
So, please join me in thanking ALL of the folks who entered the competition, and in congratulating Robert on his well desrved victory! 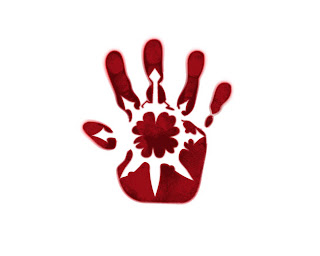 Just so you don't think I've been slacking, here's a shot of the Warmaster Horus I've been working on for a client. Obviously the Adrian Smith artwork is the inspiration, but the client asked for the Horus that has just renamed his Legion to the "Sons of Horus". This isn't the Traitor Horus, but I like to think of him as the Quite Annoyed Horus. : ) 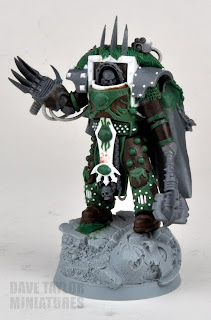