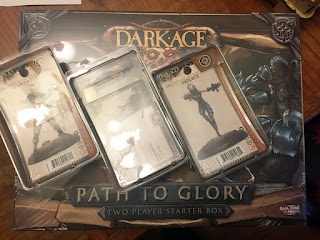 Of course I had to pick up some Dark Age minis at AdeptiCon this year. I bought my own copy of the two-player starter set - Path to Glory - and a few models to wrap up my collection of Bounty Hunters - John Carter, Dedlock, and some Junkers for a conversion or three : ) 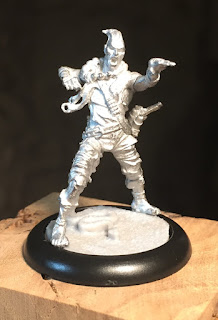 This is John "Clank" Carter, one of the range of Bounty Hunters, and this one is based on one of the Immortals winners, John Carter (surprisingly enough). 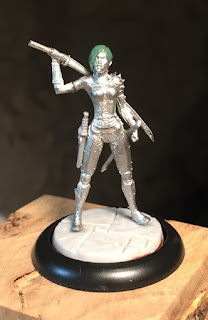 And here I've converted one of the Junkers into one of the Bounty Hunters that has a bit of history with my current warband leader St Mark - X'cess. 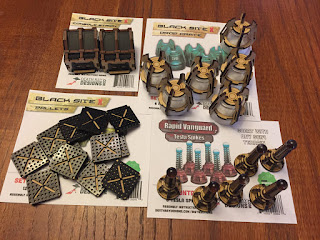 I also picked up some scatter terrain from Death Ray Designs, which will be great for my Dark Age terrain collection. 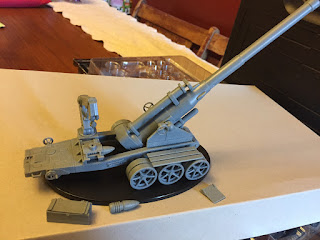 I also had the good fortune to catch up with my friend Victoria Lamb, and she was kind enough to give me the gift of the awesome Sledgehammer BFG (sculpted by another friend Jake Schneider) that she created as part of the latest Reaper Bones Kickstarter. The crew for the gun are in the soft PVC of the standard Bones lines, but the BFG itself is in a hard styrene, with the pieces already clipped from the sprues, and very few mold lines!

UPDATE: A special note for Reaper Bones III backers - The Sledgehammer BFG was NOT for sale at AdeptiCon. Reaper and Victoria Miniatures would not sell the model until after backers get their products. They took pre-orders, but did not sell any models. They'll send out those pre-orders once backer rewards have shipped.

The kit itself doesn't come with instructions, but I expect they'll be available on the Victoria Minis website soon. I was, however, able to build it pretty quickly just by looking at the photos on the packaging. 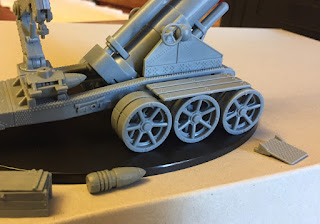 Within the basic set there are a number of options, like the long wooden planks-style decking above the wheels. 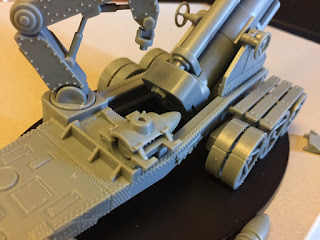 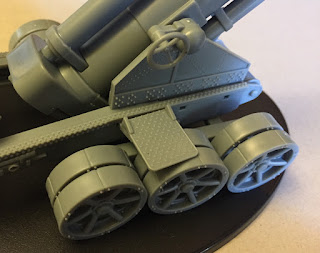 Or you can go with a smaller metal deck plate. 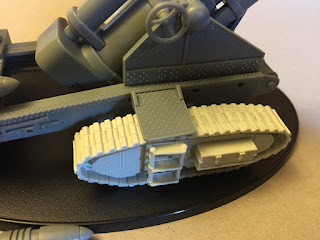 There are going to be accessory packs in resin too, including two track units (one on each side) that replace the wheels. 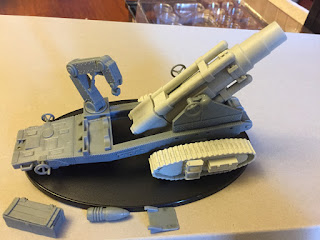 There is also a resin kit that will allow you to switch the long gun for a much shorter, larger bore howitzer. 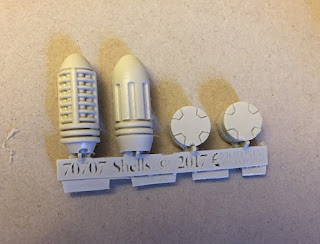 That kit comes with some very cool shells too. The one on the left puts me in mind of a phosphex shell from 30K. 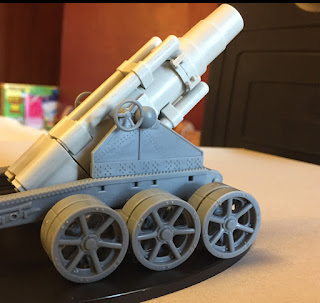 I'm a big fan of the wheels, so I'll be gluing them on. I'm now debating whether or not I'll magnetize the howitzer and the long gun so I have the opportunity to switch back and forth.

One more AdeptiCon loot post to go : )
Posted by davetaylor at 7:00 PM