And here are some more detailed pics of the rest of Gol Kolea's Platoon. As we look a bit closer, I'd like to take this opportunity to remind everyone that this commission is really a "Best of the Ghosts" army, representing the characters at their best point in the stories and bringing them all together on Jago, in the high country around Hinzerhaus (from the 2008 novel Only In Death). 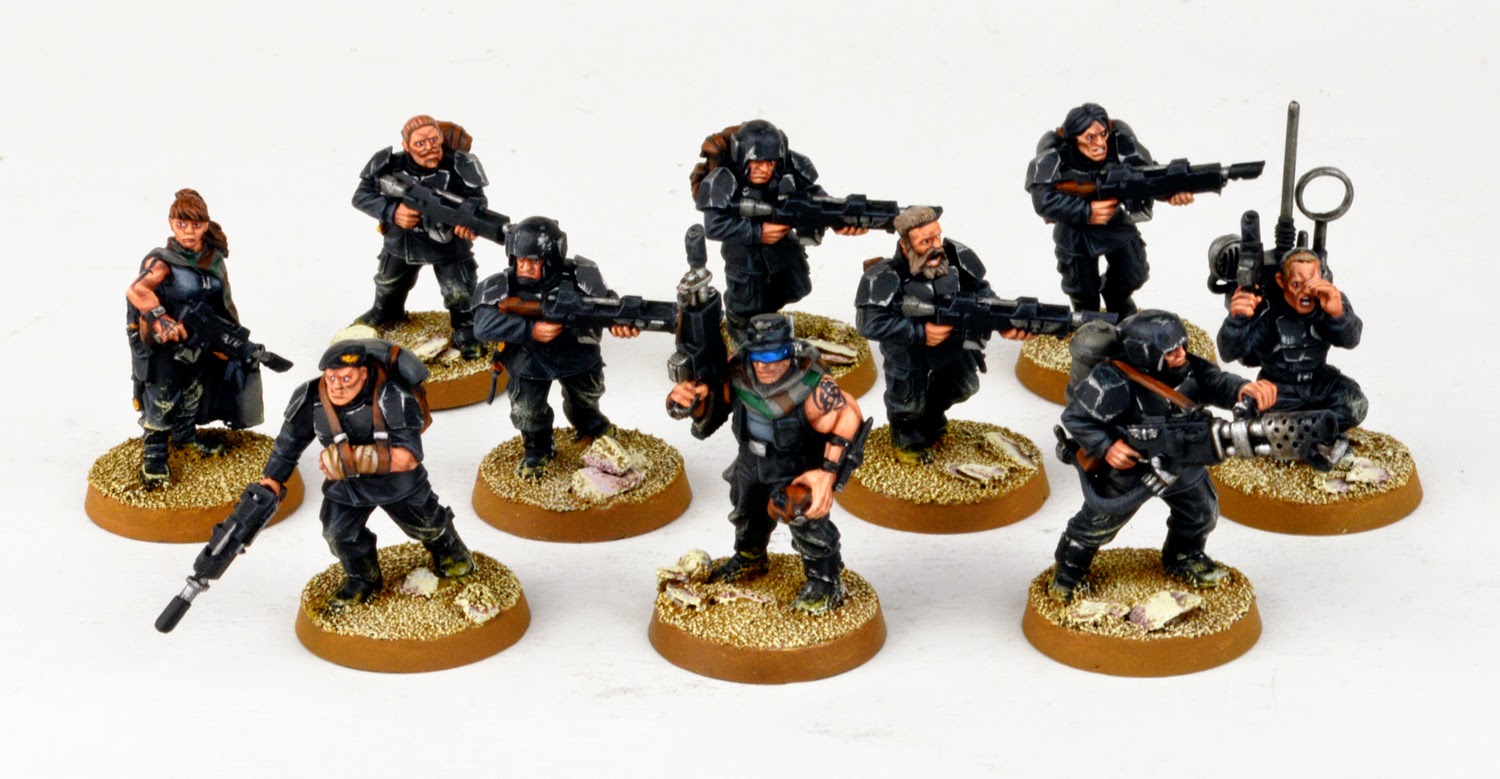 Details of Zweil, Kolea, Ludd, and Cuu. Zweil is converted from an Empire Flagellant and painted up to echo the colors worn by the infardi of his home world, Hagia. Kolea carries an axe-rake, from his mining days on Verghast, and sports the scars from his injuries suffered on Phantine. Junior Commissar Ludd is converted from the old Hero model from the Schaeffer's Last Chancers squad, his left hand is from a Rogue Trader-era commissar model holding a book (no doubt containing reams of infractions against Imperial Law). Finally, Lijah Cuu kneels down and plunges his straight silver through a ripe ploin (I've always imagined them to look like pomegranates), staring at the blood red juices spilling out and running over his blade and hands. 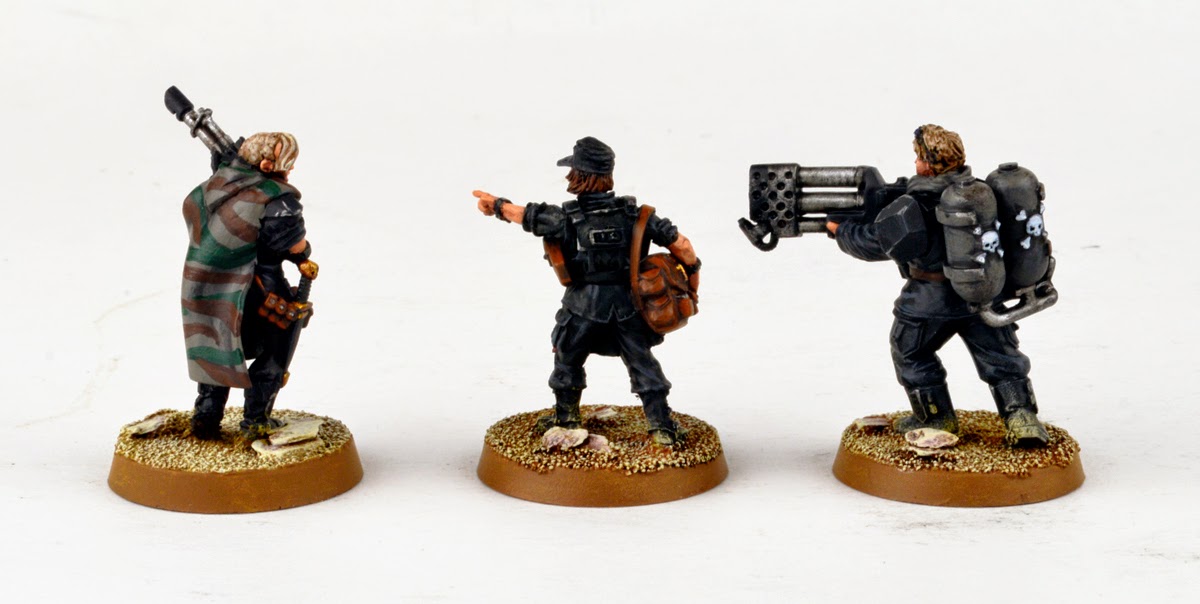 Details of Criid, Curth, and Lyse. Sergeant Tona Criid is converted from a Necromunda Escher ganger. Ana Curth was presented in this post here. Flame trooper Lyse is obviously a solidly-built woman, she has to be to lug around that heavy flamer and fuel. Her head is from the Victoria Miniatures female Arcadian set, and I added a scarf/bandanna to help bring the two together.

Details of Bragg, Cant, and Varl. "Try Again" Bragg is based on the Last Chancer's Ox model, his head is from an old Catachan Captain, and the two bottles of sacra strapped to his back are from the Empire Outriders kit. His heavily-laden loader is weighed down with quite a few belts of ammo from Dragon Forge Design. Belladon trooper Cant is a simple kitbash. Sergeant Ceglan Varl is also primarily a kitbash, but there's a little extra sculpting around is augmetic shoulder.

And here are some pre-paint photos of five of the characters.

Posted by davetaylor at 4:00 AM