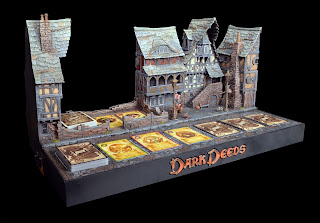 So, in the last post we went through the construction stage of the table, all fun stuff, and not without its trials and tribulations. Of course, good construction can only get you so far towards "Epic", so I knew that most of my time needed to be focused on the painting and detailing. 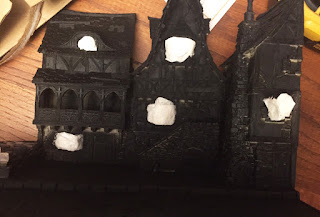 I sprayed the entire table with black primer. After I'd done that I realized that I might of got some spray in though the windows and obscured the LEDs. Quick check revealed that I hadn't. Phew! To make sure I didn't get any of the next spray on the LEDs, I stuffed paper towels into the windows ; ) 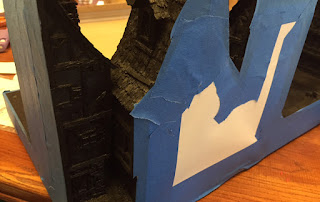 ...and masked off the back and sides. 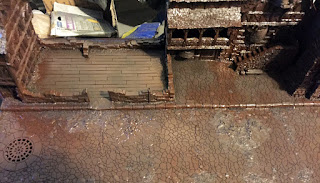 I sprayed the table with a dark brown primer, looking quite glossy in this shot. 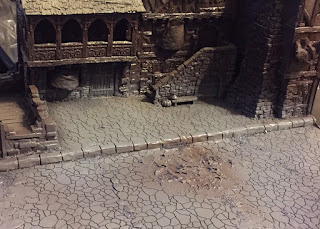 This was followed by a spray of grey that I tried to keep mostly on the cobblestones. 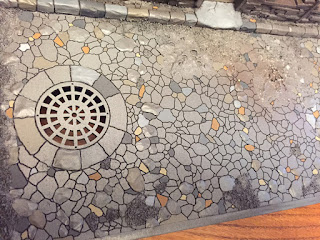 Once the grey had dried, I went along and picked out various stones in lighter and darker shades of grey, along with various browns and bones. I then sprayed all the cobblestones with a gloss varnish and let it dry. 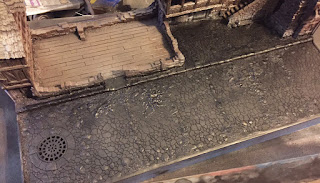 After the gloss varnish was dry, I painted a thinned wash of oil paints (black and brown mixed) over the cobblestones, making sure to get it into the cracks. Once that was dry, I wiped the oil paint off the tops of the cobblestones with a paper towel soaked in mineral spirits. It wasn't quite as successful as my previous attempt (on the Infamy Miniatures table), but I was able to salvage it. 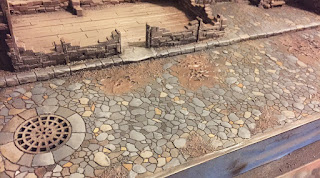 I went through and highlighted most (75% or more) of the individual stones. I think it was worth it. 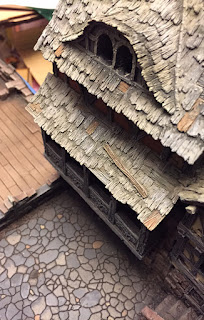 I then moved on the the other areas of the table, including drybrushing the timbers and shingles... 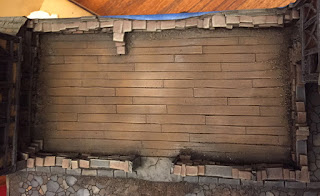 ...adding some depth to the flooring in the tavern... 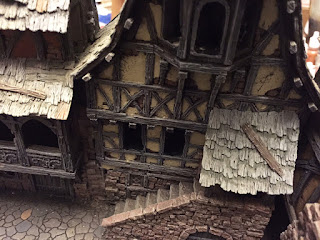 ...and adding a bit of life to the facades. 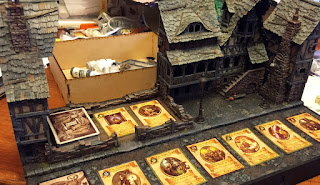 At that point I started on the details, and testing the location of the cards on the table.

I also finished wiring up the LEDs and lampposts (above and below).

I mentioned this in the last post, but I wasn't too keen on painting the keyline locations for the Street Cards, but after talking with Mark Gibbons I changed my mind as he described the table as the "ultimate Dark Deeds accessory" rather than a terrain piece. Put that way, it was obvious that the lines would assist gameplay. 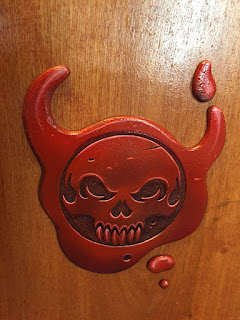 One of the final things to do was to paint up the Dark Deeds logo (custom cut by Alex at Ironheart Artisans). We settled on a pressed wax look. 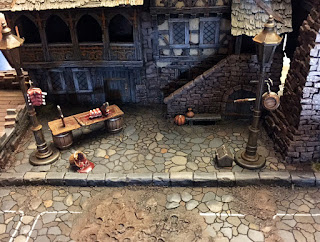 All seemed finished until we talked about "filling" the space beside the tavern with little elements that told a story. Hopefully my impromptu butchery works well for you all. 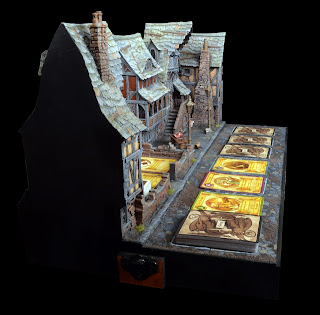 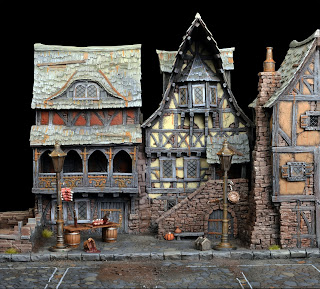 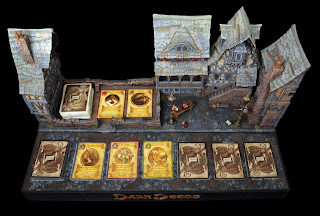 Once again, thanks for looking. I appreciate it : )