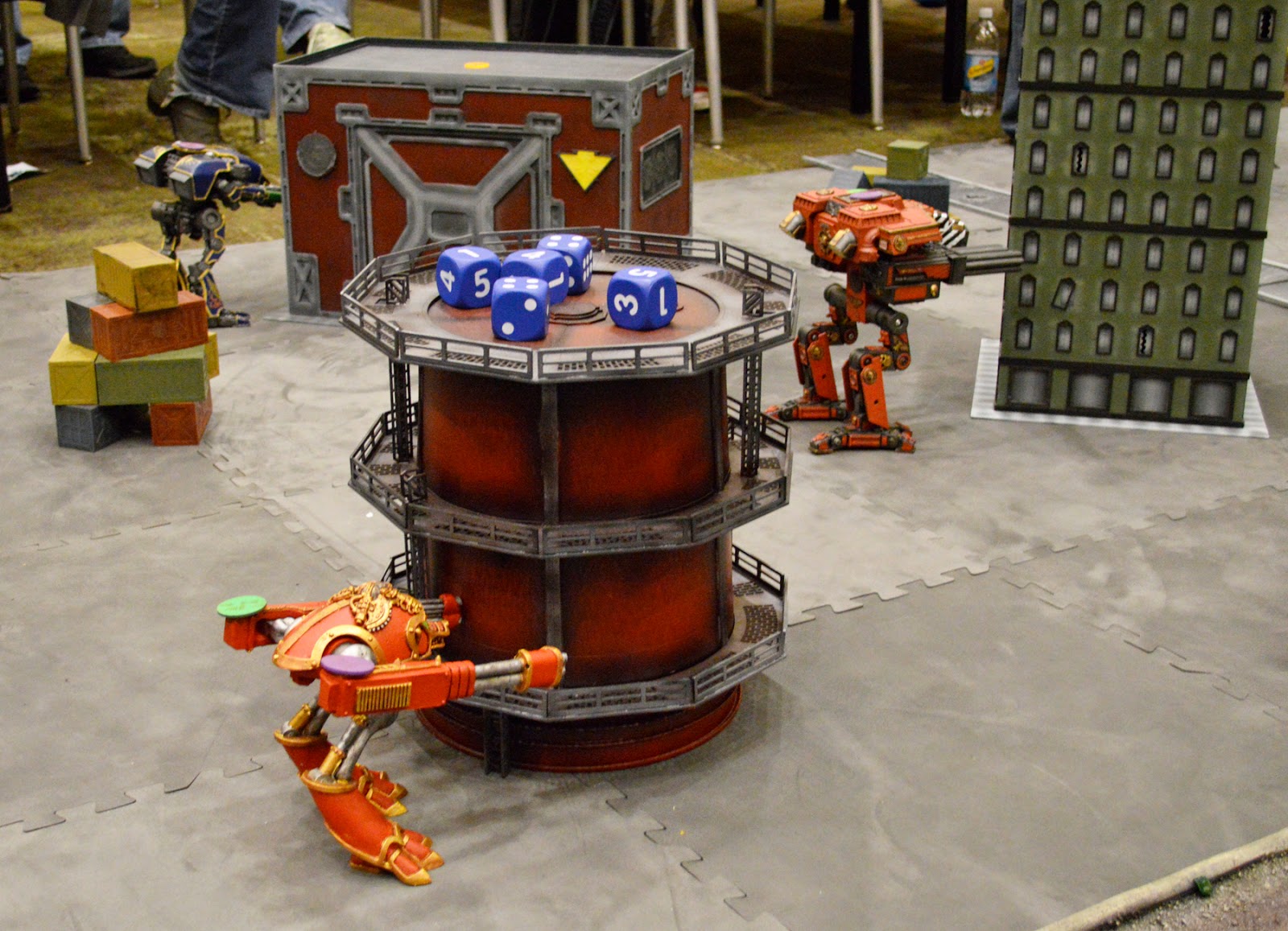 Well, it sure has been a busy seven days! Almost as soon as I arrived home from Chicago, my wife jetted off for a conference in decidedly-warmer California, so I've been wrangling our two little ones.

Anyway, on to the AdeptiCon Titanicus (AT) game! For those of you not in the know, the AT game was set up by AdeptiCon organizers Hank Edley and Matthias Weeks. Following some spirited discussion about old games and the joy the had with them, it was a fairly short jump for the guys to take it to the extreme!

Hank is a resin addict from way back, and Matt has always loved Epic/Space Marine/Adeptus Titanicus with a passion, so the idea of reviving the game in 28mm scale was a perfect fit. 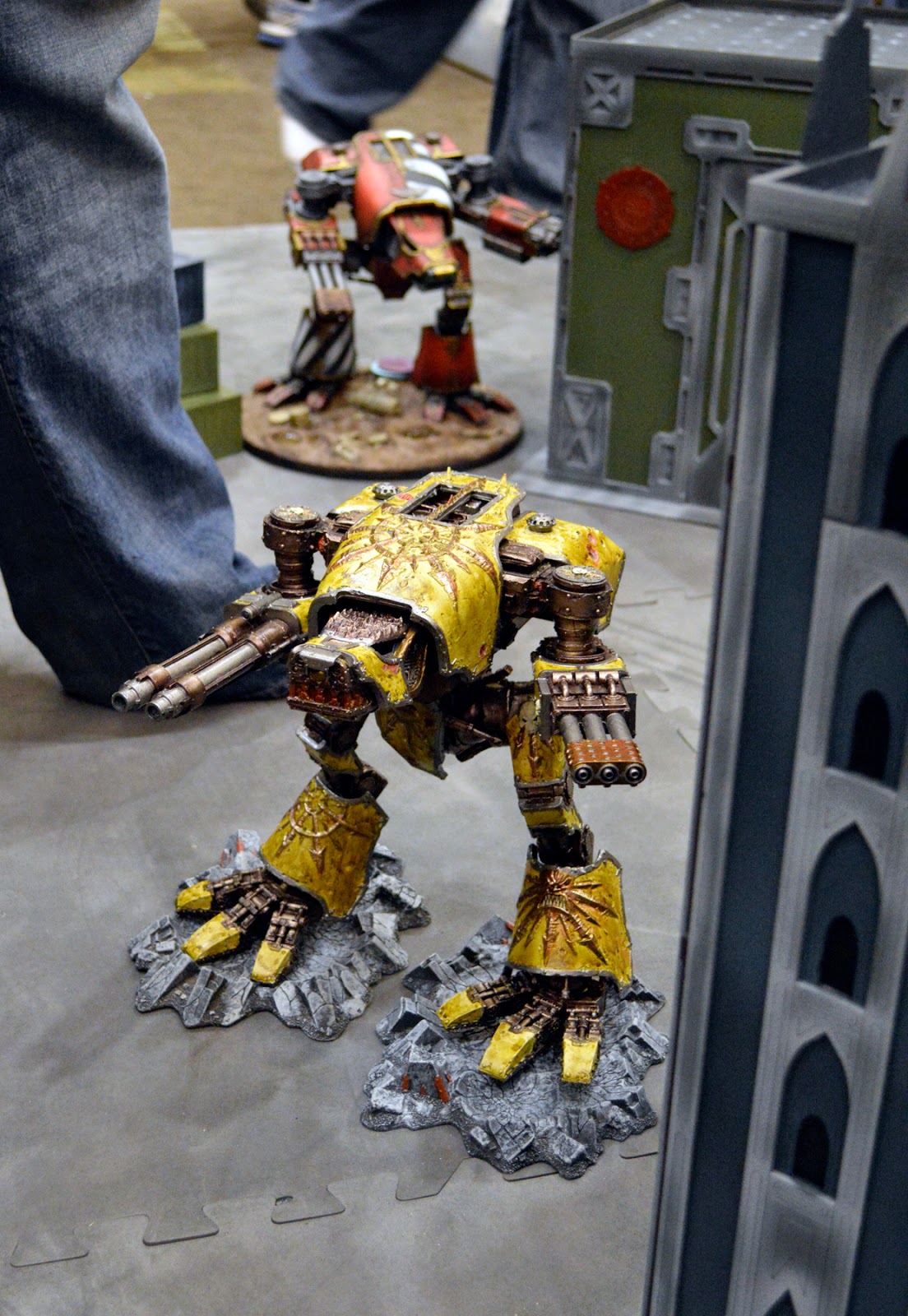 Twenty Princeps brought along their Warhounds of Reavers to do battle over a 16' x 16' surface with spectacular buildings created by my buddy Alex Landing of Ironheart Artisans and inspired by the original cardboard buildings from one of the early Epic boxes. 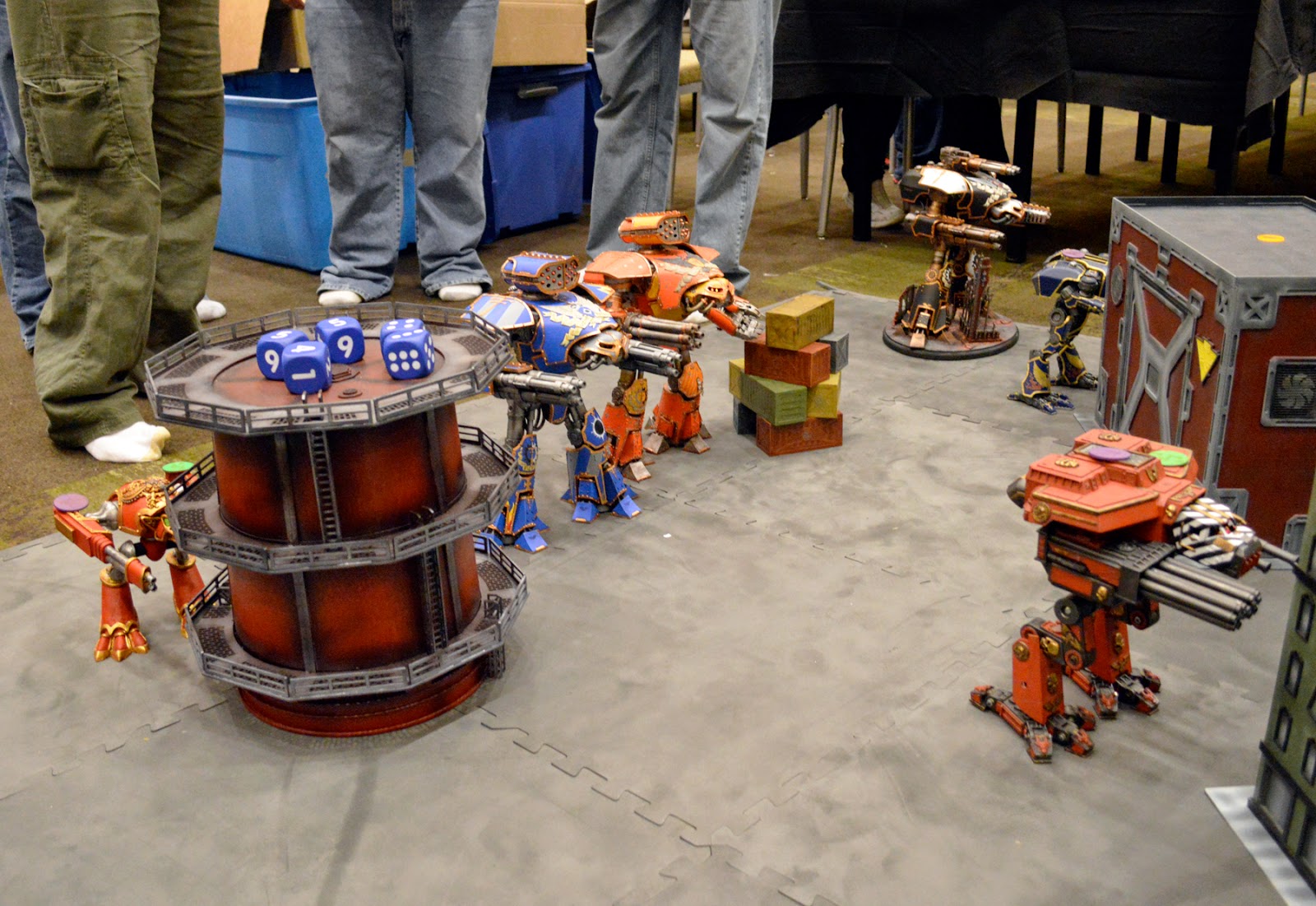 We were using a modified version of the Adeptus Titanicus rules, with everything scaled up. Playtesting had been done by Hank and his crew earlier, but nothing can actually compare to herding 20 power-crazed Princeps in their stockinged feet as they bounce over-sized foam dice around. 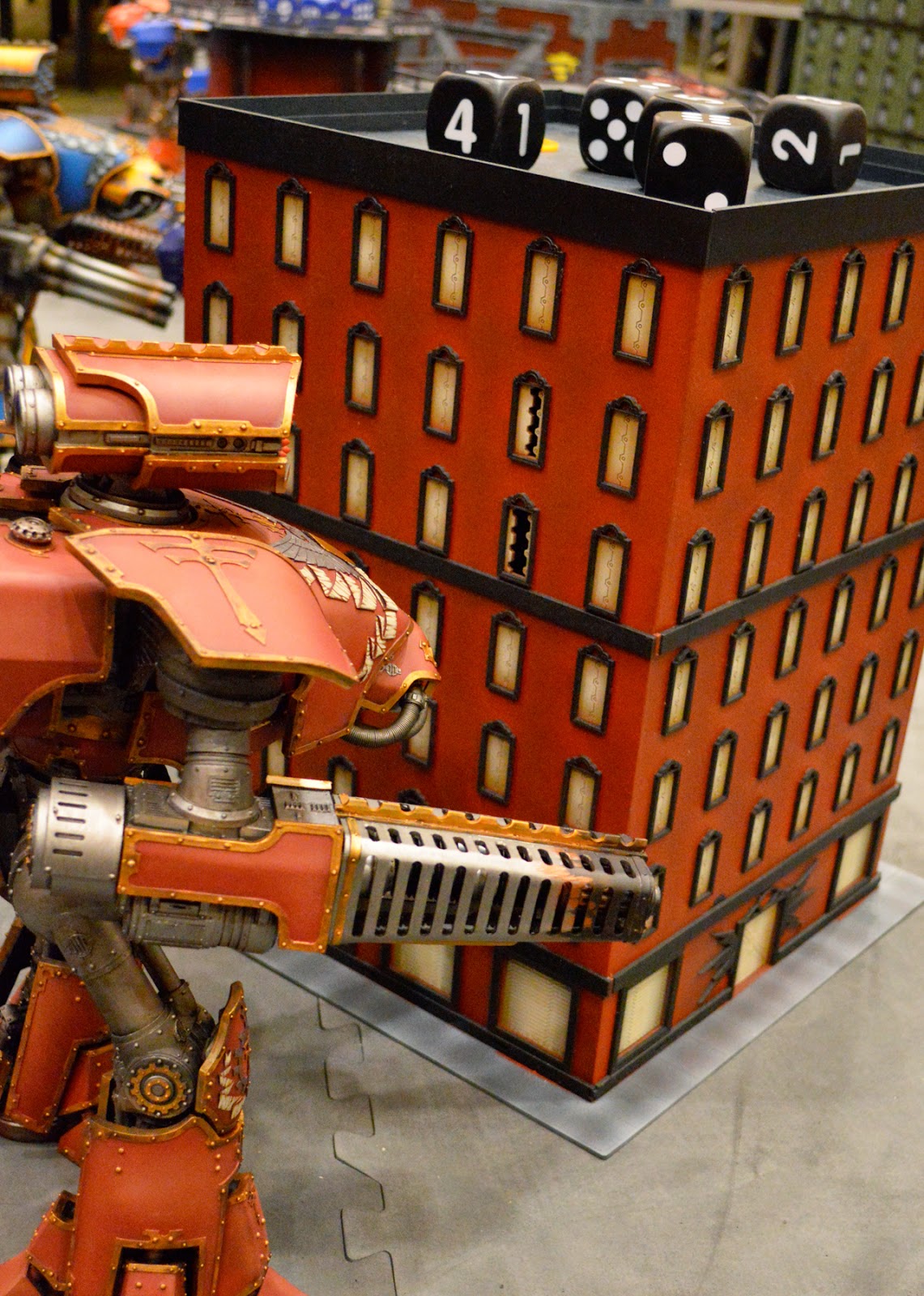 Although the Chaos Warhound pilots began the game by racing down their left flank into what seemed the jaws of destruction, things turned out to be much less lethal. In fact, only one Titan suffered any significant damage on the tabletop. Despite this, and the late hour, all involved had a fantastic time! 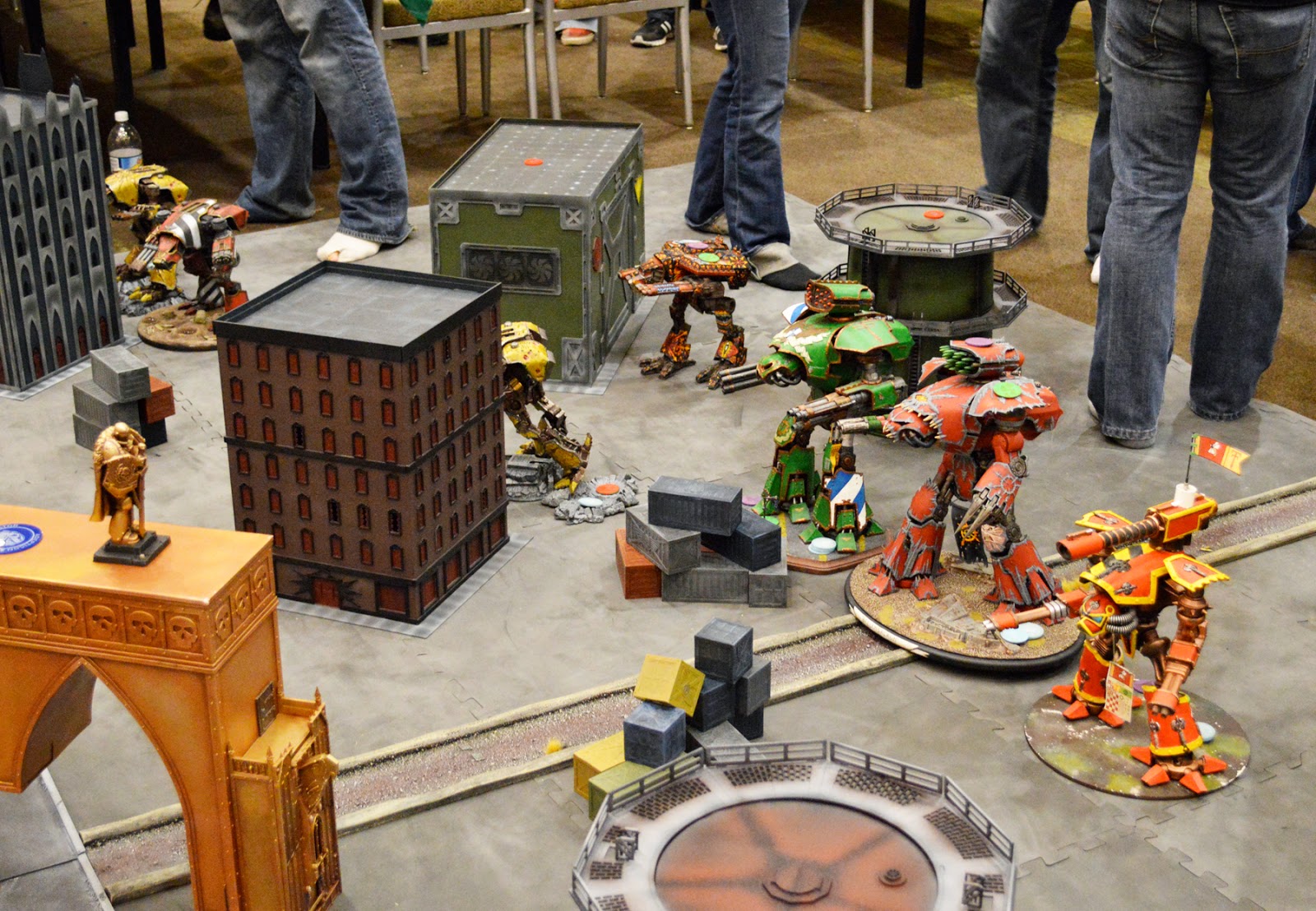 Another great thing was the variety of models on the table, including a classic Reaver and Warhound originally from Armorcast and a Warhound scratch-built by John Christensen, with spinning mega-bolters, flashing lights and a general air of Awesome. 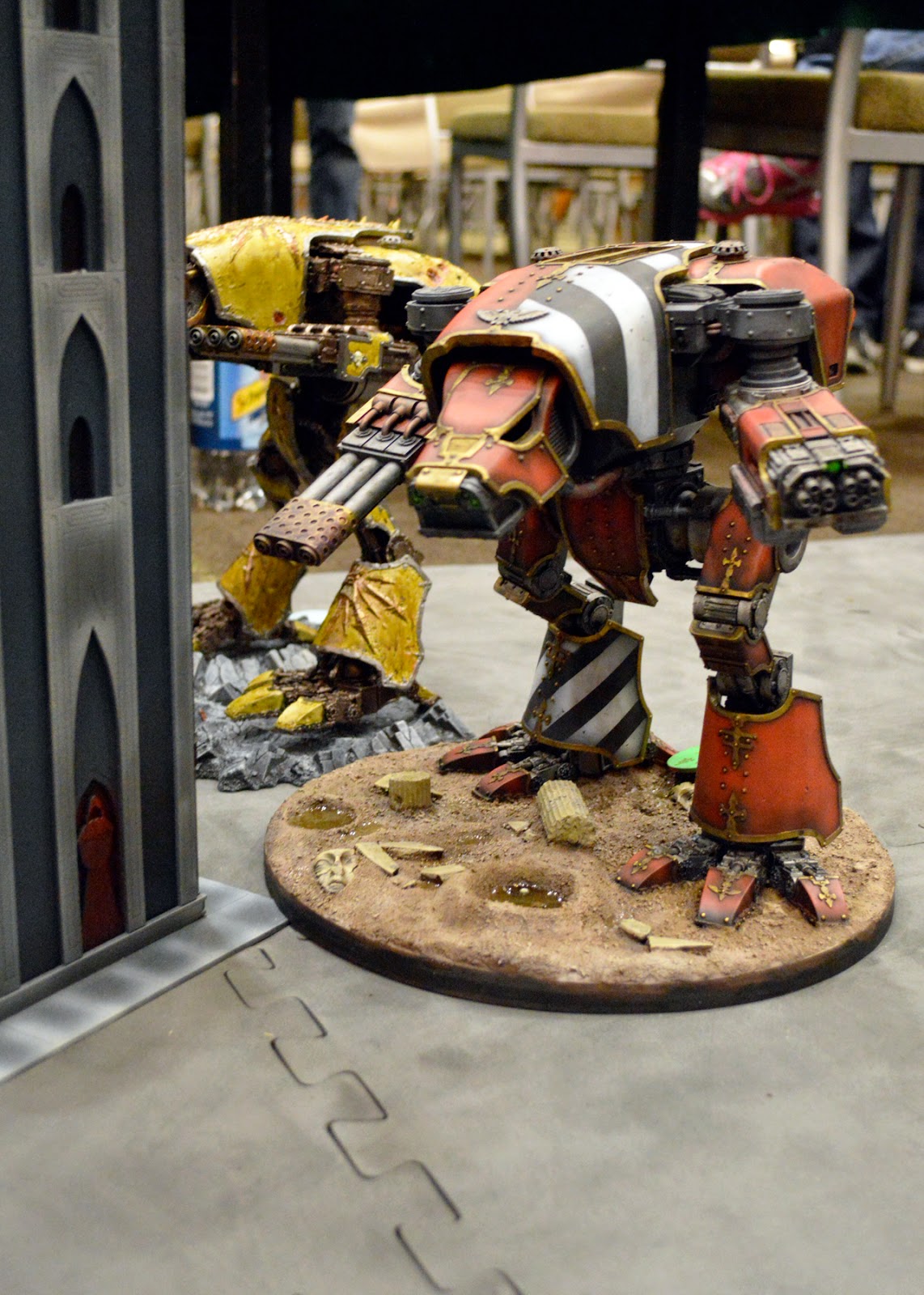 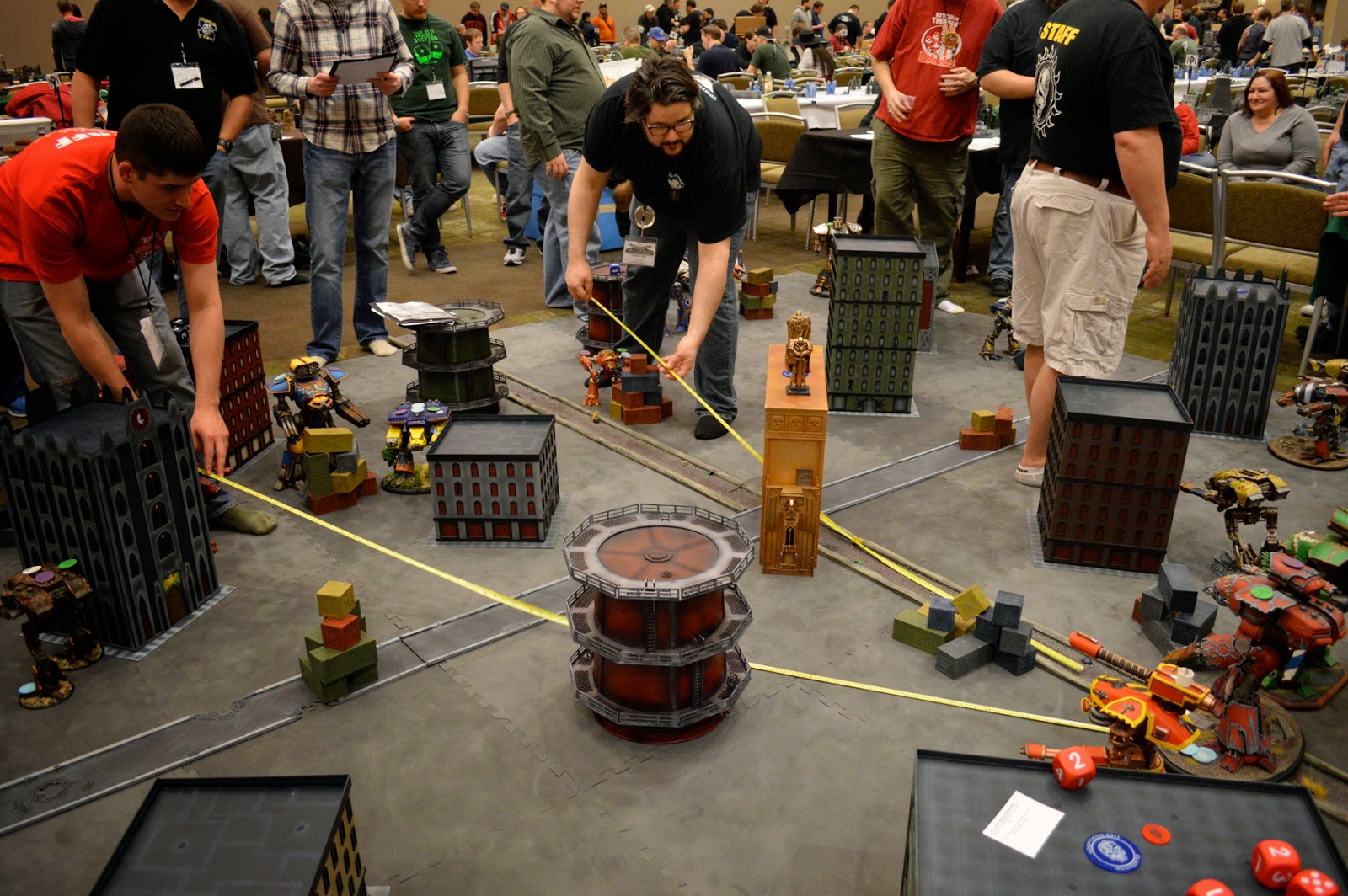 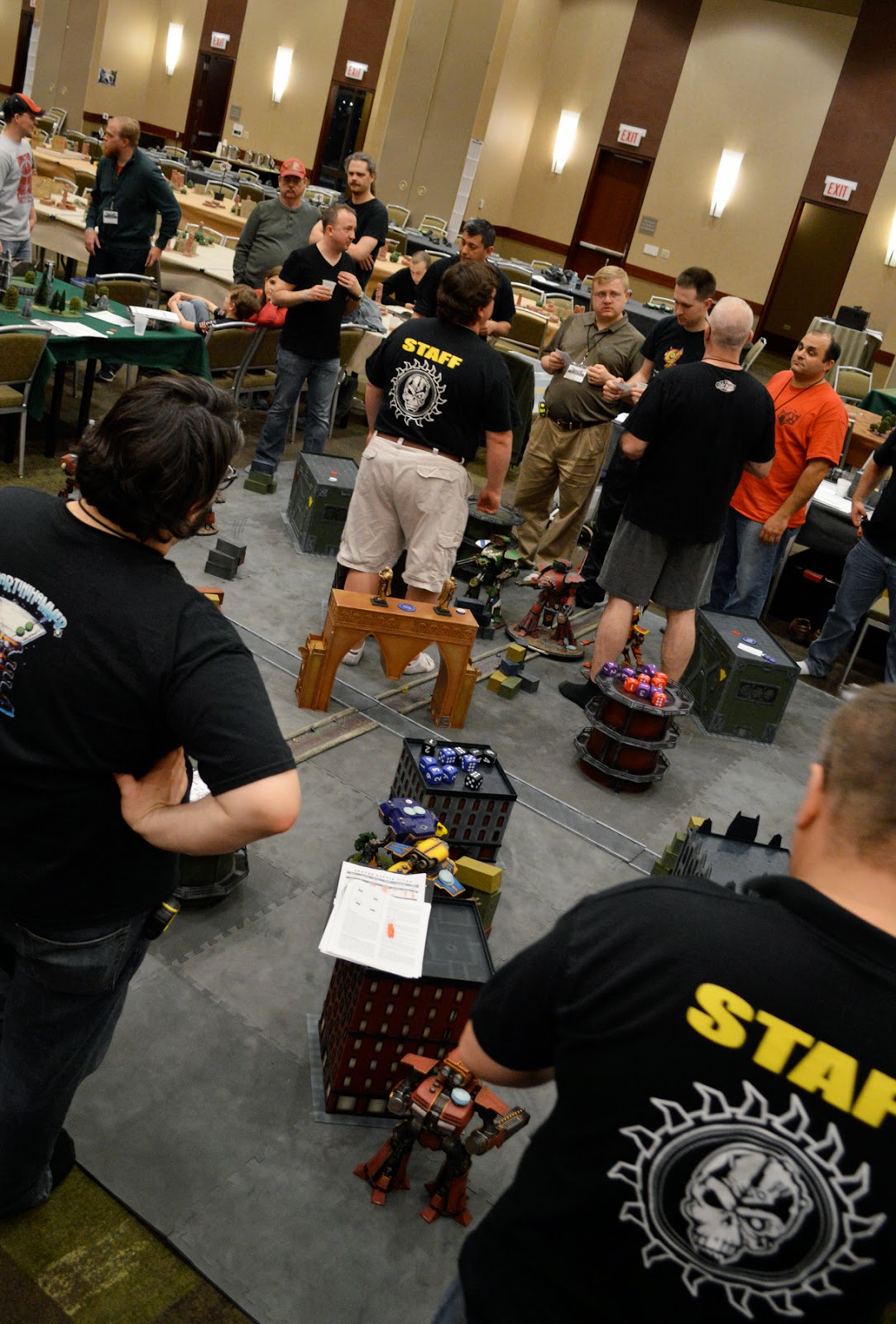 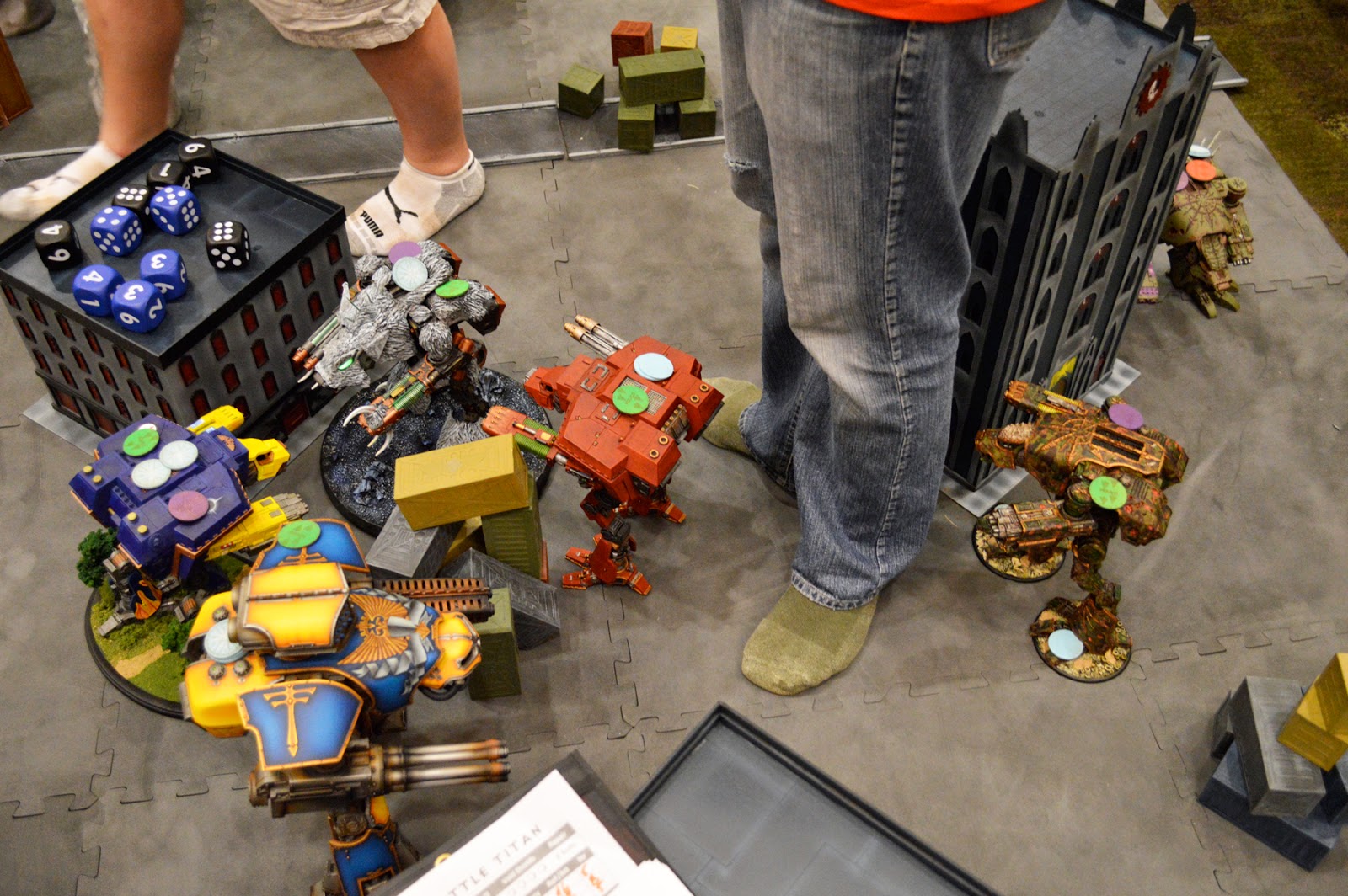 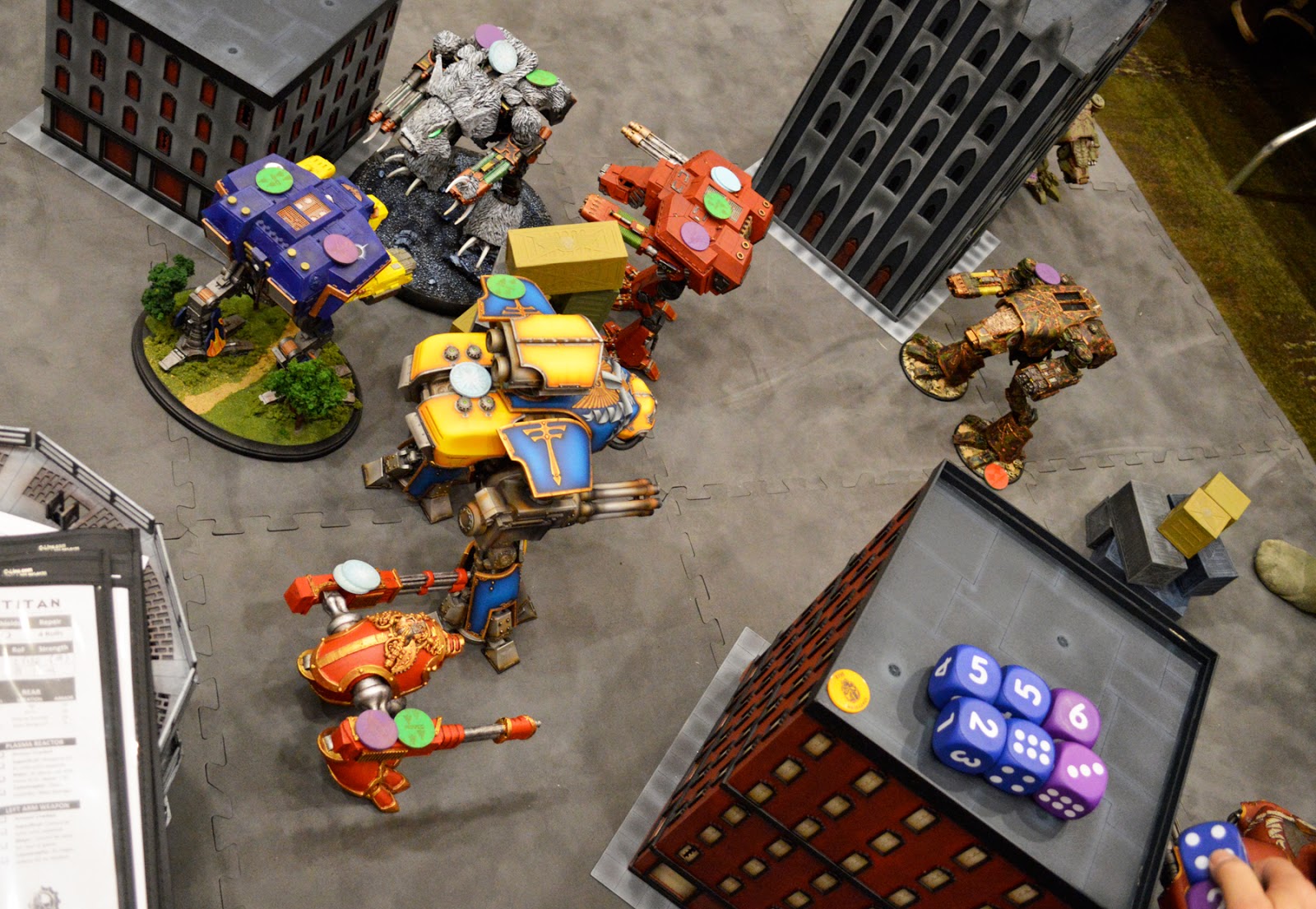 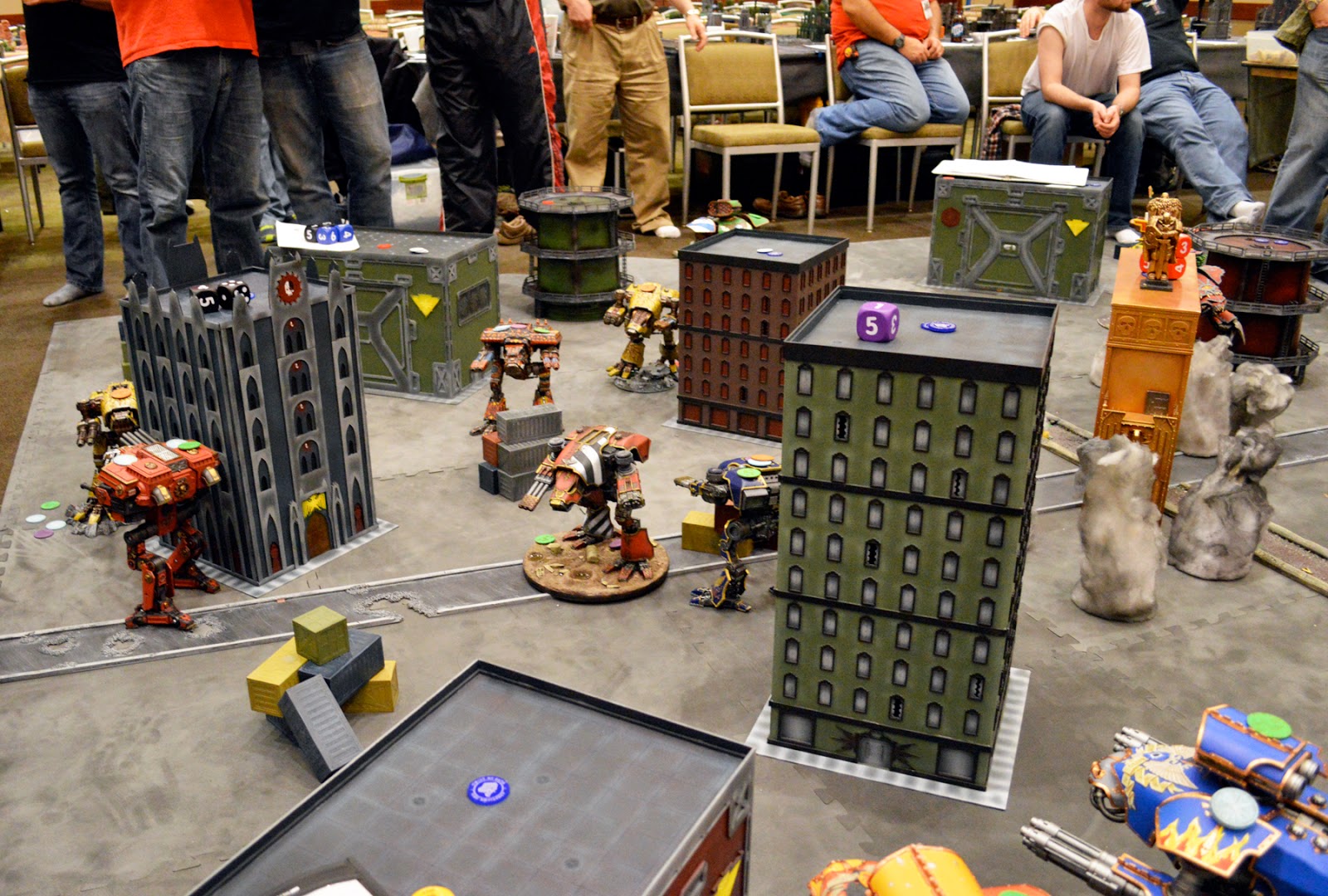 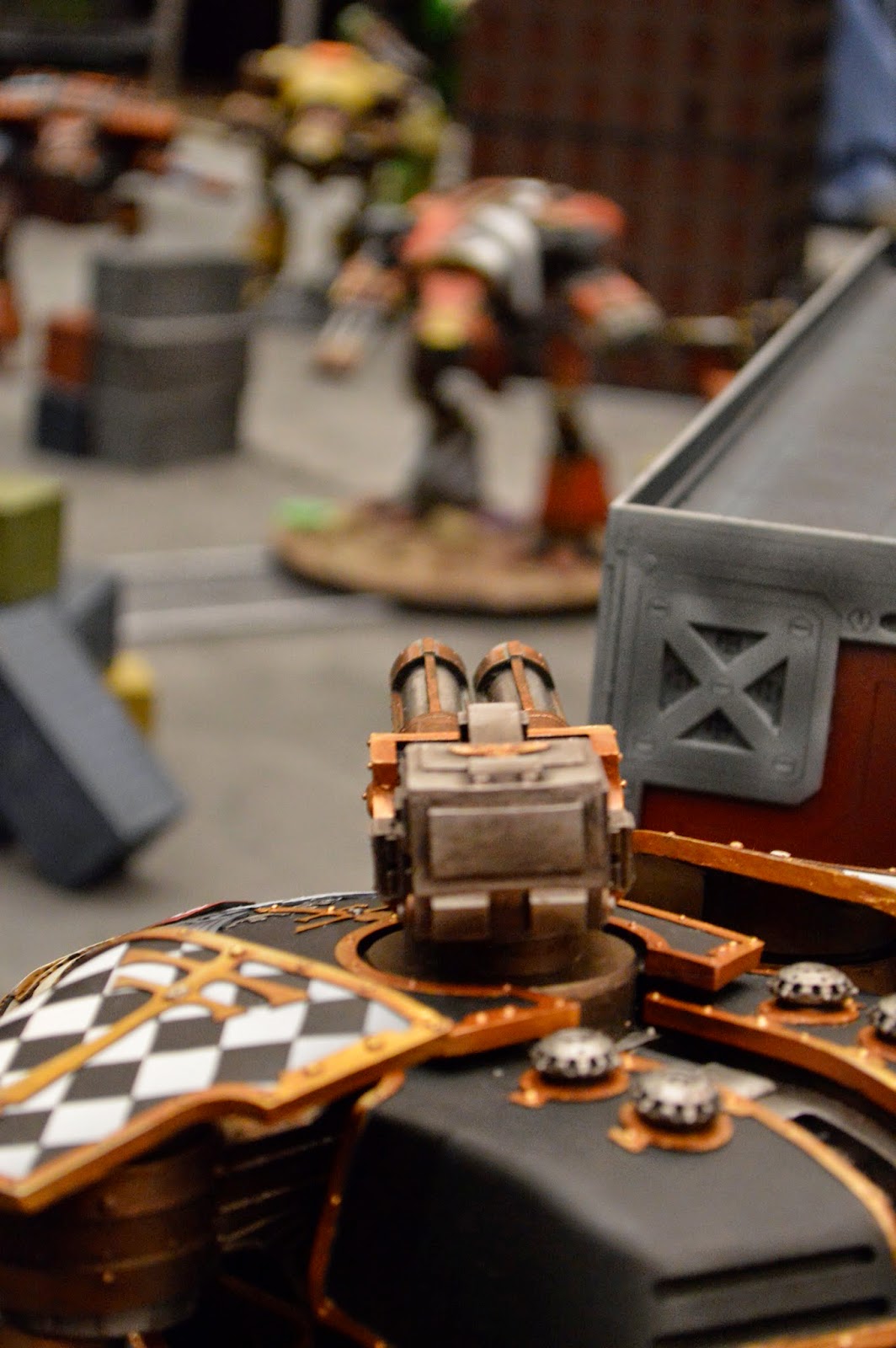 The view over the carapace of Primaris Secutar, turbo lasers targeting Venatrix Nocturna (the very Warhound I help build). 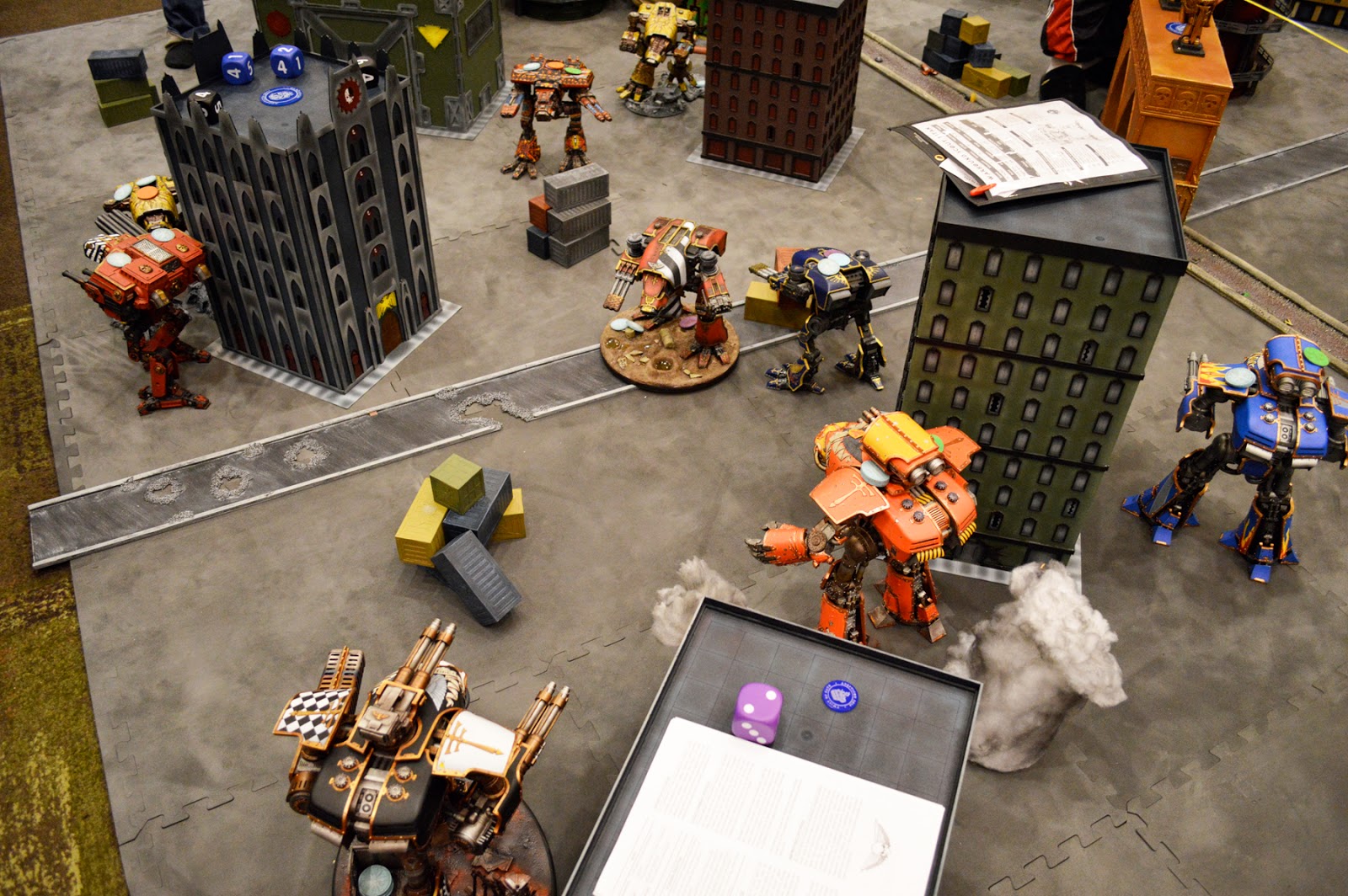 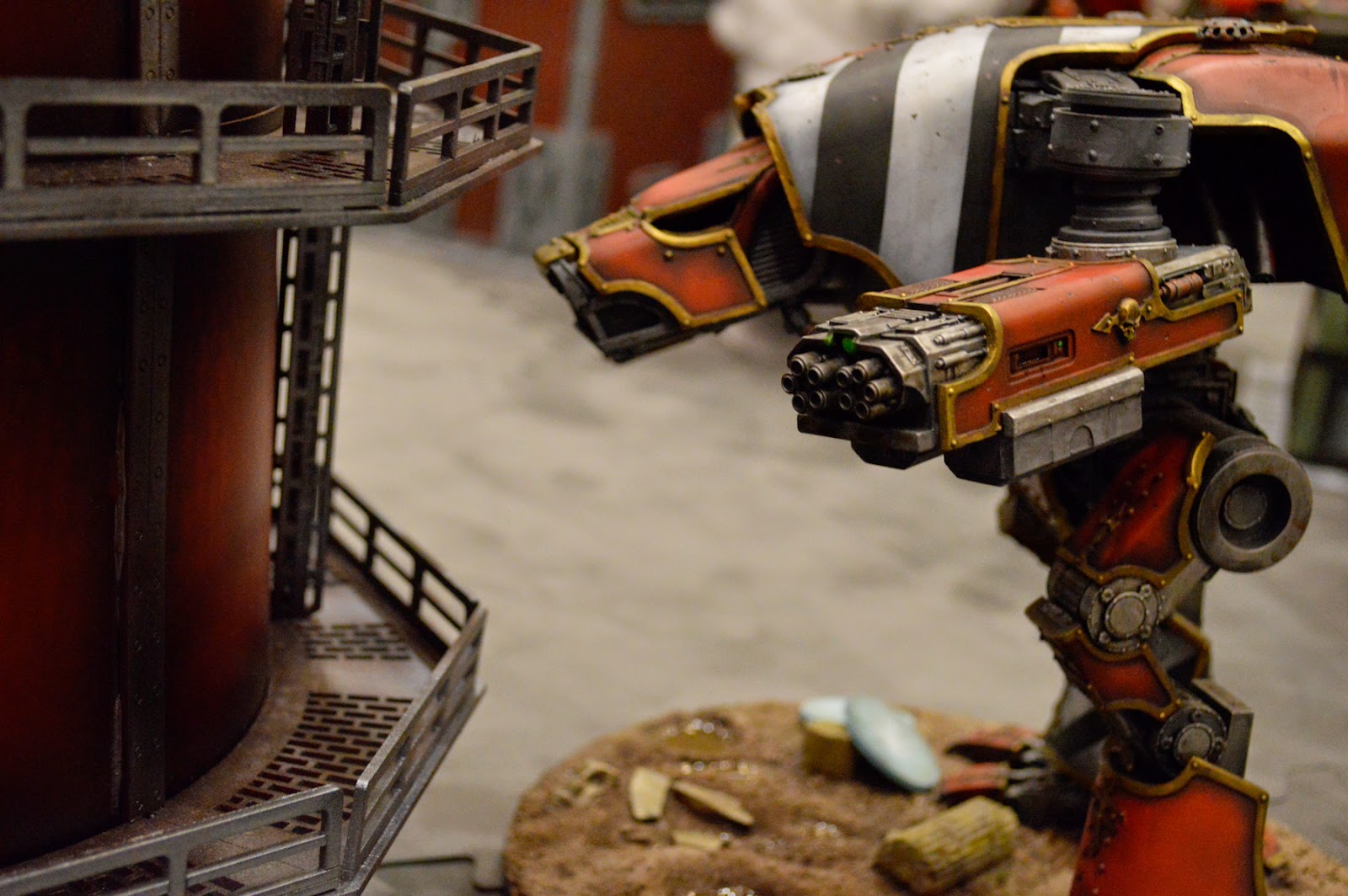 Hank has unnecessarily apologized to the Princeps, pledging to test things out more during the year and ensure that there is a great deal of lethality prepared for the next event. We'll be ready Hank!

I hope you enjoyed the photos, and that they inspire you to get cranking on a Titan of your own!
Posted by davetaylor at 11:19 AM