Please note, this is NOT an April Fool's joke, but the real deal. After working on these kinds
of projects for three out four years, I'm proud to once again saddle up and contribute to the cause. There'll be plenty of information and links coming over the next few months : ) 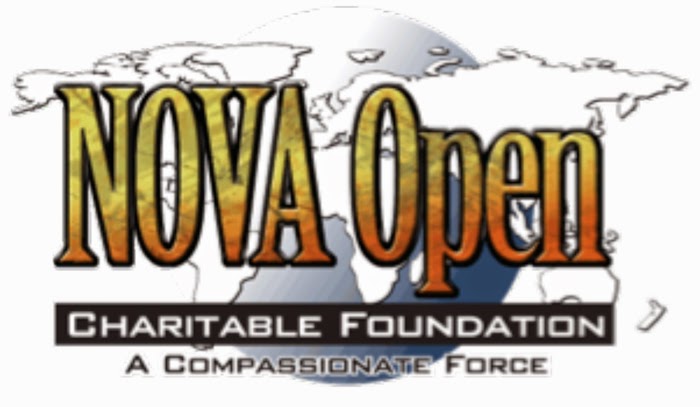 BACKGROUND:
The NOCF was created to assist international miniature painters and artists who produce armies as fundraising vehicles for charitable causes.  Recognizing the immense generosity of the worldwide tabletop wargamer, the NOCF was formed to bring this “Compassionate Force” together under a single banner with a broad international outreach.  Every raffle ticket purchased in support of these charity armies will contribute to causes which address the needs of humanitarian emergency relief, children’s concerns, medical research and the military.

In 2013, the worldwide tabletop wargaming community’s support of the NOCF charity army raffles raised over $10,000 which was donated to Doctors Without Borders/Medecins Sans Frontieres, The Fisher House Foundation and The Breast Cancer Research Foundation. The three charity armies from 2013 were shipped from Washington, D.C. to winners in Washington State, Missouri and as far away as Tasmania, Australia!

2014 CHARITY ARMY RAFFLES:
*A Consortium of professional and award-winning artists from within the tabletop wargaming community has come together in support of the NOCF Macragge Project. Learn more about each HERE. The proceeds from these two armies will support Doctors Without Borders/Medecins Sans Frontieres.

The NOCF expanded the work of the Consortium to two separate armies in 2014, representing Battle of Macragge, the epic clash between Tyranids of Hive Fleet Behemoth and Ultramarines led by Marneus Calgar. Both of these armies are full 1850-tuned armies, including numerous extra models for force flexibility.

*Stiff Neck Studio, under the leadership of Capt. Wesley Cogdal, is once again donating an exceptional army for the NOCF charity raffles. This year, they are expanding our army range to include the first NOCF Fantasy army, lovingly entitled “Man Eaters of the Great Maw!” The NOCF proudly donated funds from last year’s Stiff Neck Studio army to The Fisher House Foundation, and we hope the Compassionate Force will come together in 2014 to double those funds for this charity.

*Built by a combined force of hobbyists associated with the Penny Arcade forum, the Deathwatch Army has been donated to the NOCF with the request that it be raffled as a fundraiser for Child’s Play Charity. Forty pages of forum posts followed this army from musings on a “general 40K” thread to each model being painted by a different person over the course of a year, culminating in the most recent post which announced, “The army is in the care of the Nova Open Charitable Foundation. . . .” The handler, who wishes to remain anonymous, recognized that a lot of people had given of themselves to create this Deathwatch Army, and it had a lot to give back to the community. A staff member of the NOVA Open Tabletop Wargaming Convention, Martin Bagley, has agreed to take on the task of repairing and restoring this army to its original grandeur over the next few weeks.

NEW IN 2014:
NOCF sponsors have once again exceeded all expectations of generous giving. Each Sunday alternating sponsors will donate a $25 gift certificate for raffle; the following Saturday, the NOCF will draw from the pool of raffle ticket holders and announce a winner. The more raffle tickets you purchase, and the earlier you acquire them, the better your odds of winning a gift certificate you can use toward the purchase of any item at our sponsors websites.

2014 Sponsors:
Remember to check the Foundation website (www.novaopenfoundation.org) every Sunday between now and August 17, 2014 to see which of our amazing sponsors is offering a gift certificate for the weekly Saturday drawings!

KR Multicase is once again donating customized KR transport cases to safely nestle each of our amazing charity armies for their travels.

TheWarStore contributed dozens of models to the two large Macragge armies and the Ogre Kingdom army this year.

Secret Weapon Miniatures stepped up again in 2014, providing all bases and Masterclass scenic products for the Macragge armies.

Powered Play Gaming joins the NOCF charity efforts in 2014 to offer products for the lighting of models and, more particularly, for the full-on 4’x6’ Macragge Project Terrain Table being created by Michael Frazier.

Special thanks to the 11th Company who will podcast the drawings internationally during the NOVA Open Tabletop Wargaming Convention, August 31, 2014.
Posted by davetaylor at 6:08 AM