The New Mechanicus - A Review (part 3) 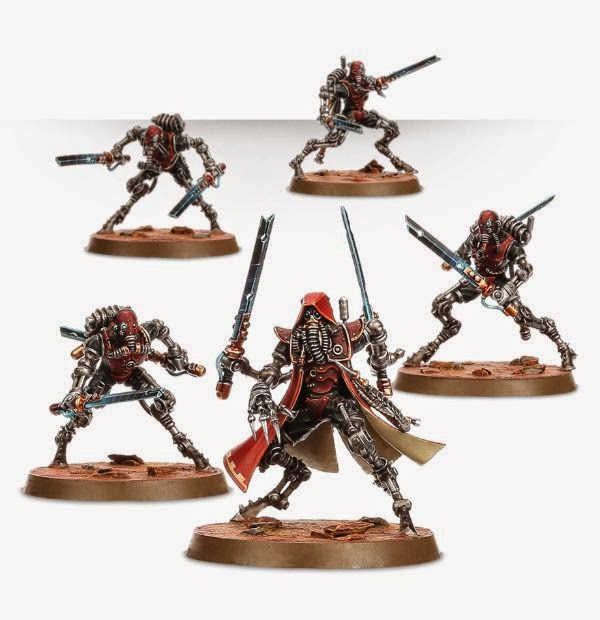 At the moment I'm working really hard to get a couple of Flames Of War commissions completed. Both US armies - one a tank company, the other a mechanized infantry army. Those new plastic infantry paint up beautifully, but are a pain in the but to clean mold lines on ; )

Anyway, here's part three of my feelings about the new Adepts Mechanicus fun from Games Workshop. This post? A look at the Sicarian boxed set. Although some felt I was basing on the Skitarii models, I was just suggesting I felt they could have been more unusual. Unusual like the Siciarians are. These models really fit with my thoughts/feelings on how the Skitarii could have looked, so it's cool that they're in the army : )

Like the previous two boxes, you can make two different units from the contents. Above you can see the Ruststalkers. I think these are my favorite of the two. The gasmask heads, spindly legs, and dual blades are reminiscent of some of the great John Blanche Femme Militant range. Also, the Princeps has a great deal of General Grievous going on, with his hooded cloak and additional limbs. I love the look of the transonic blades, so much so I'm going to work on converting a massive for one of the Knights I have waiting in the wings : )

There's also the chance that I might have to switch out their heads for Dark Eldar Wyche heads, so that I can have them look like my Thallax, Usurax, and Knight : ) 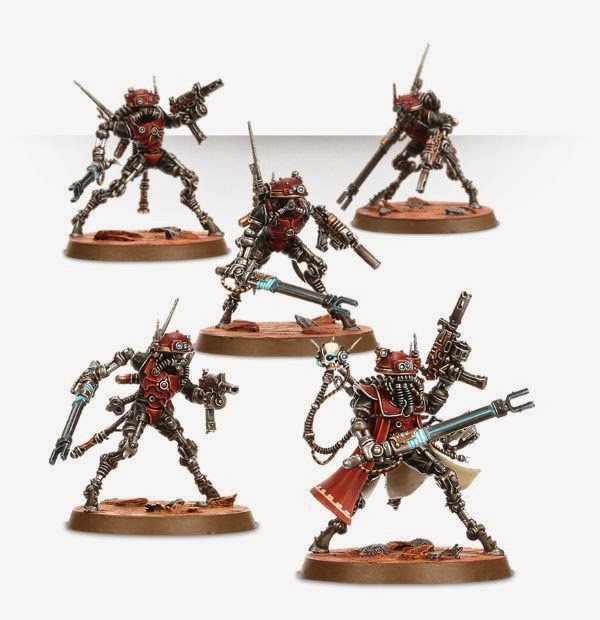 The Sicarian Infiltrators are also cool. Not quite what I'd immediately think of as 40K, but as a concept sketch (dated 1993) that has been doing the rounds would attest, Jes Goodwin has been excited about this look for 22 years ; )

I think their method for "infiltrating" an enemy formation is great. Overwhelm the senses of the enemy through a variety of means, then stride right in and start poke the enemy with their taser goads. Very cool stuff. And speaking of taser goads, I'm loving the way they work in the game, as well as how they look on the models.

So, for the third of four boxed sets I think I'll have to give these guys an eight cogs out of ten score.

For another perspective on the AdMech releases, I'd urge you to check out KrautScientist's blog The Eternal Hunt, for his one part review of all the releases (along with some very cool links to other great modeling being done in the name of the Omnissiah).

And for a look at some great conversions using this Sicarian kit, head to here and here on the Officio Convertorum.

Cheers
Dave
Posted by davetaylor at 10:06 AM