Orks? I didn't know you had Orks!

Well, yes, I do currently have some Orks.

Over six years ago now, in late 2007/early 2008, I painted up 1,000 points of Orks for the 40K Team Tournament at AdeptiCon 2008 (Team Kung Fu Grip FTW!). I painted up Goffs, John Shaffer painted Deathskulls, Chopper painted Bad Moonz, and we drafted a fourth player from Chicago late in the game (my apologies, but his name escapes me right now).

Anyway, these Goffs saw battle in four hard fought games. Unfortunately I was very ill at this particular AdeptiCon ("writhing on my bed in agony" ill), so I wasn't able to play all the games in the Team Tourney (despite trying my best to). Instead, I needed to pull in a ringer for game three. In stepped a friend of mine, Phil Kelly - author of the Ork Codex at the time, who pushed these very models across the table : ) 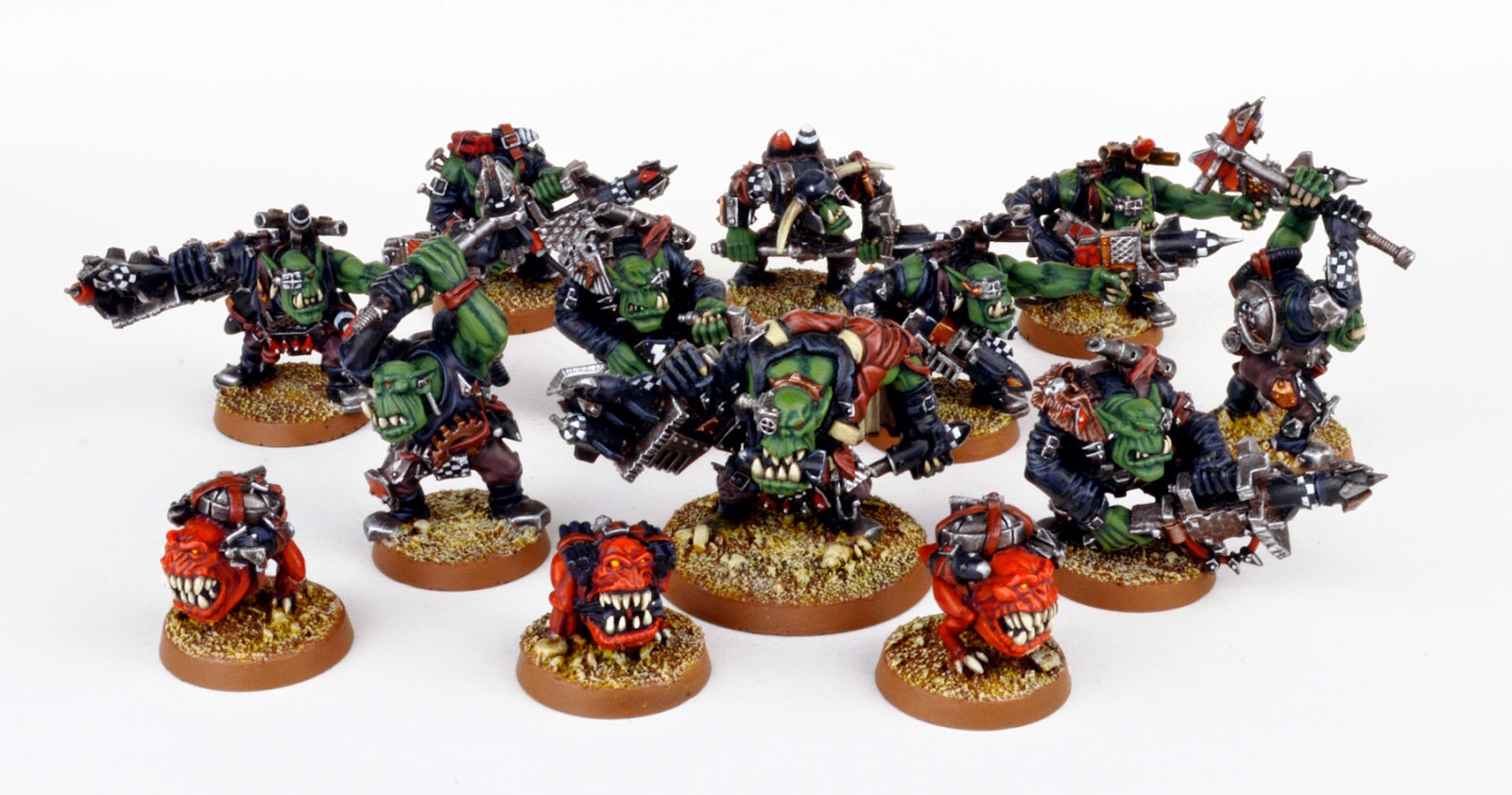 A Tankbusta mob - the bomb squigs were quite fun. 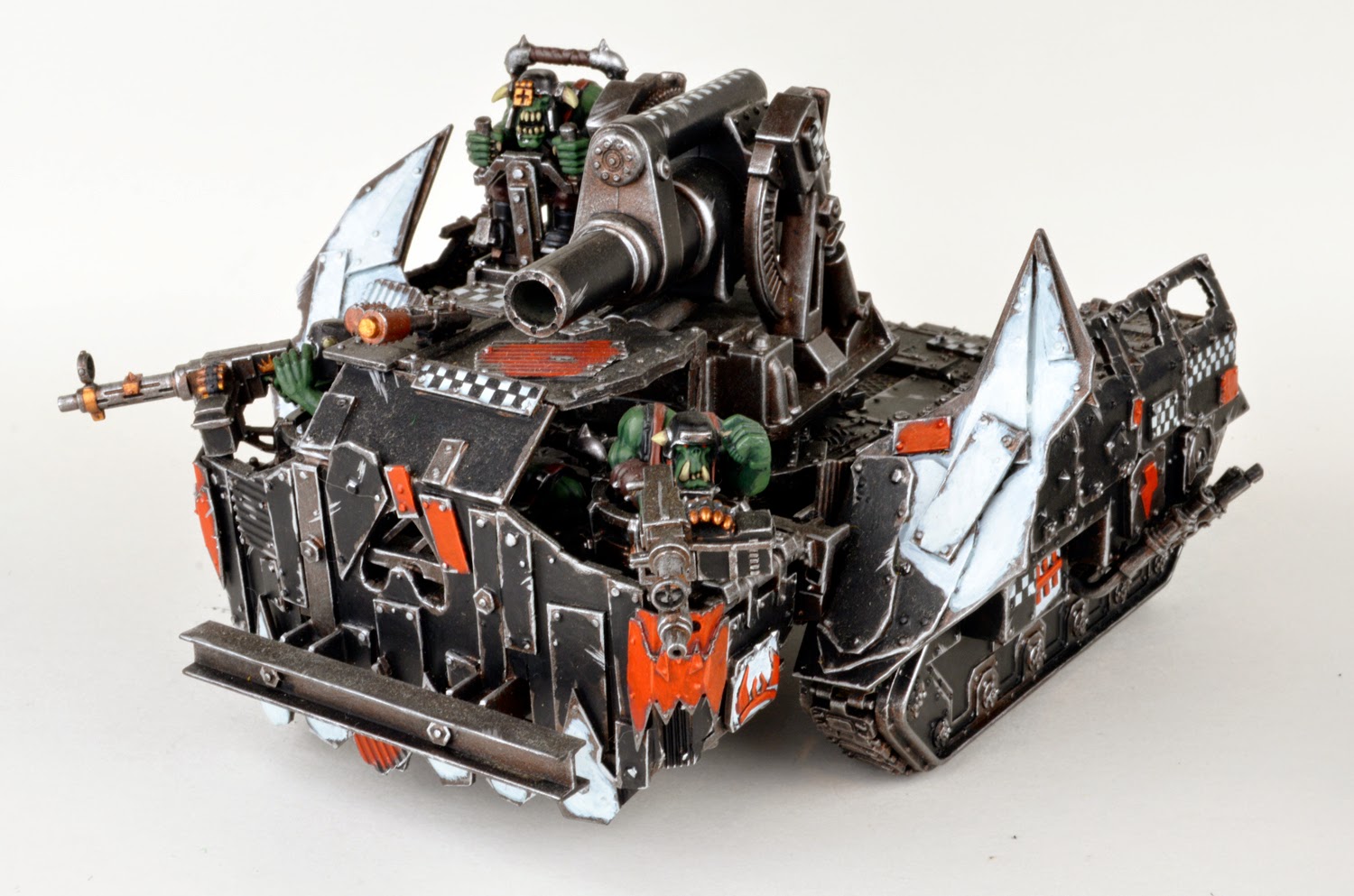 And my kitbashed/scratchbuilt Battlewagon - at the time the very cool GW battlewagon had not been released, so this had to stand in. Converted from a Chimera, with loads of plasticard and trukk parts, it also rocked a truncated Earthshaker as the big gun on the rear. 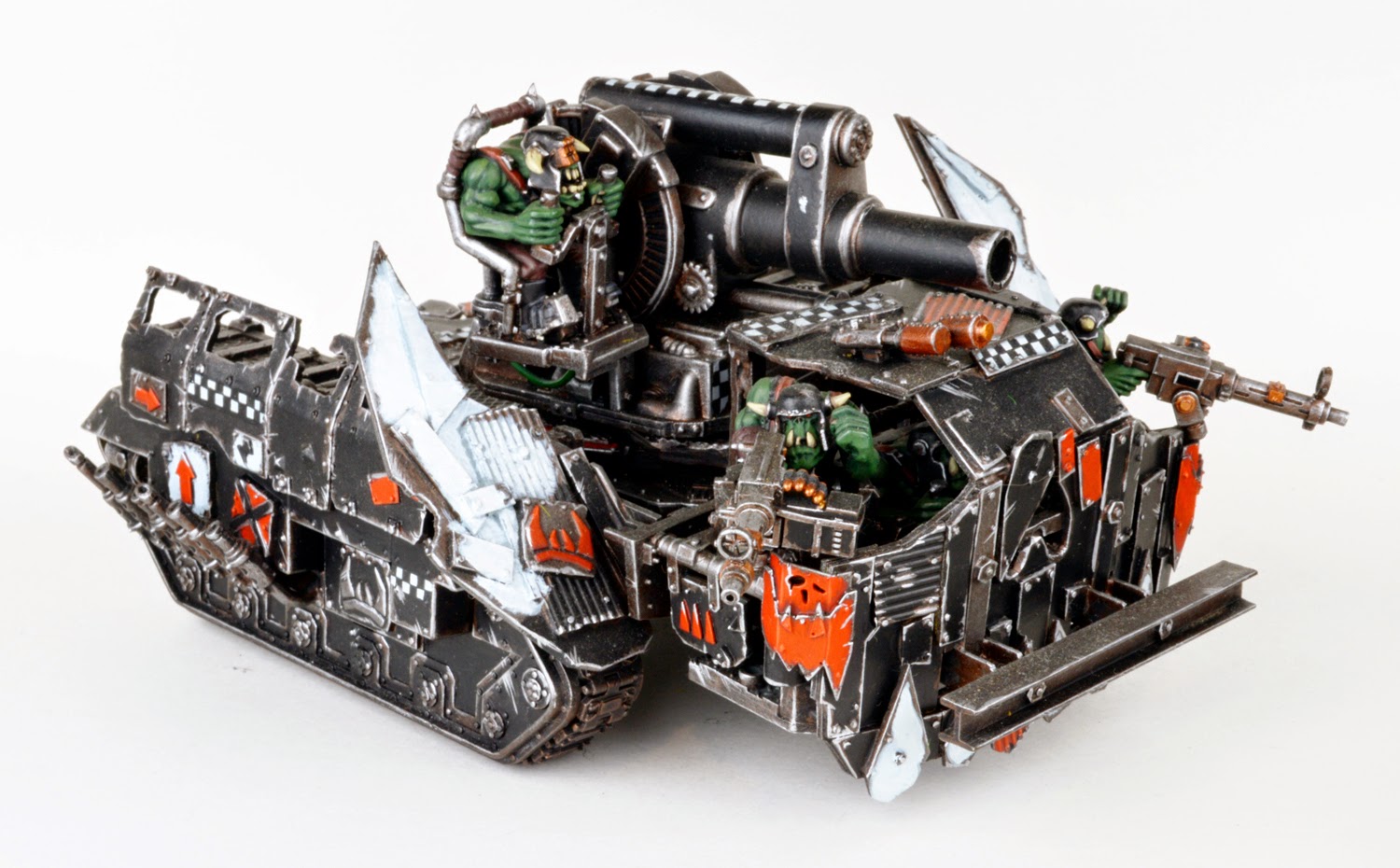 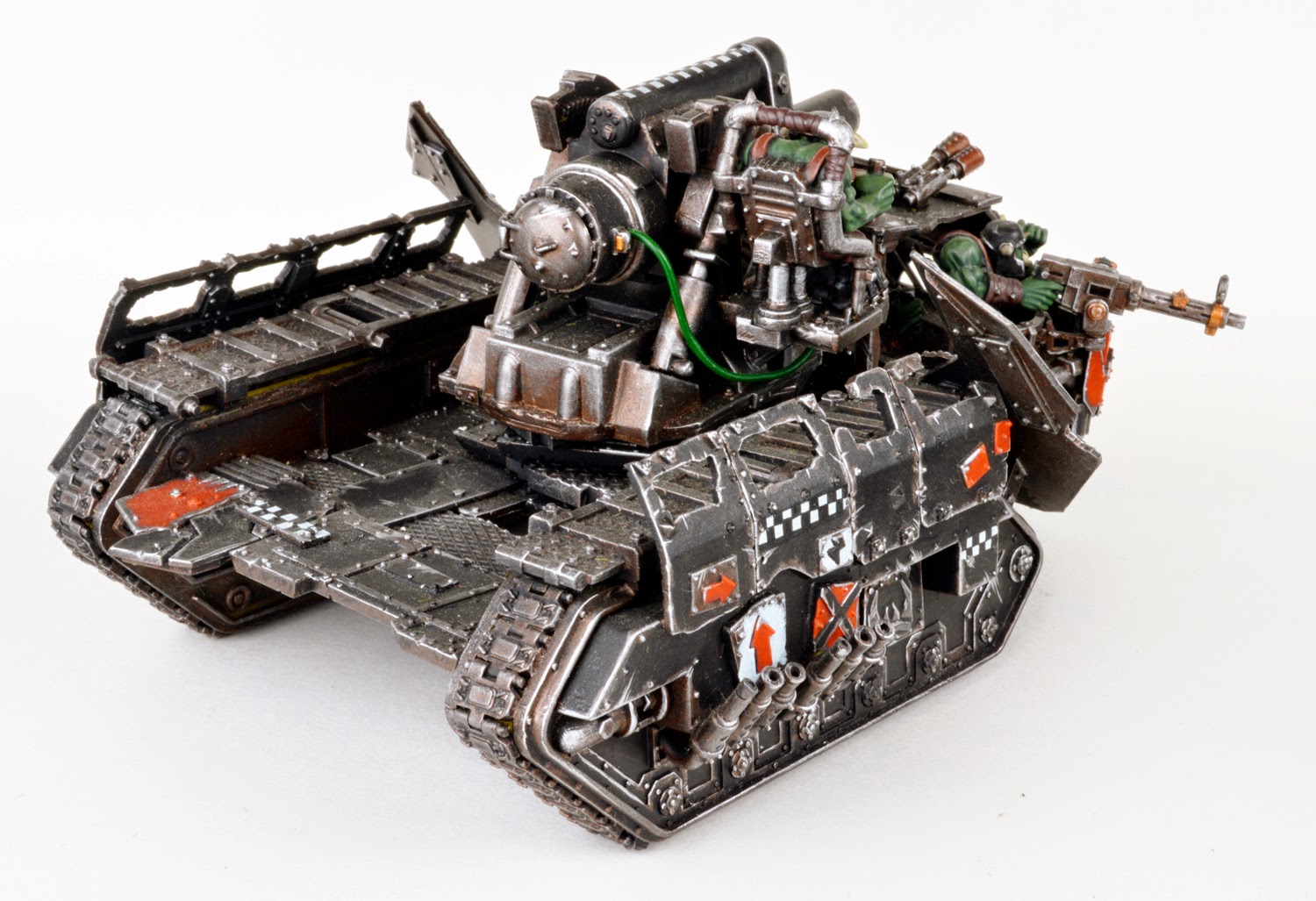 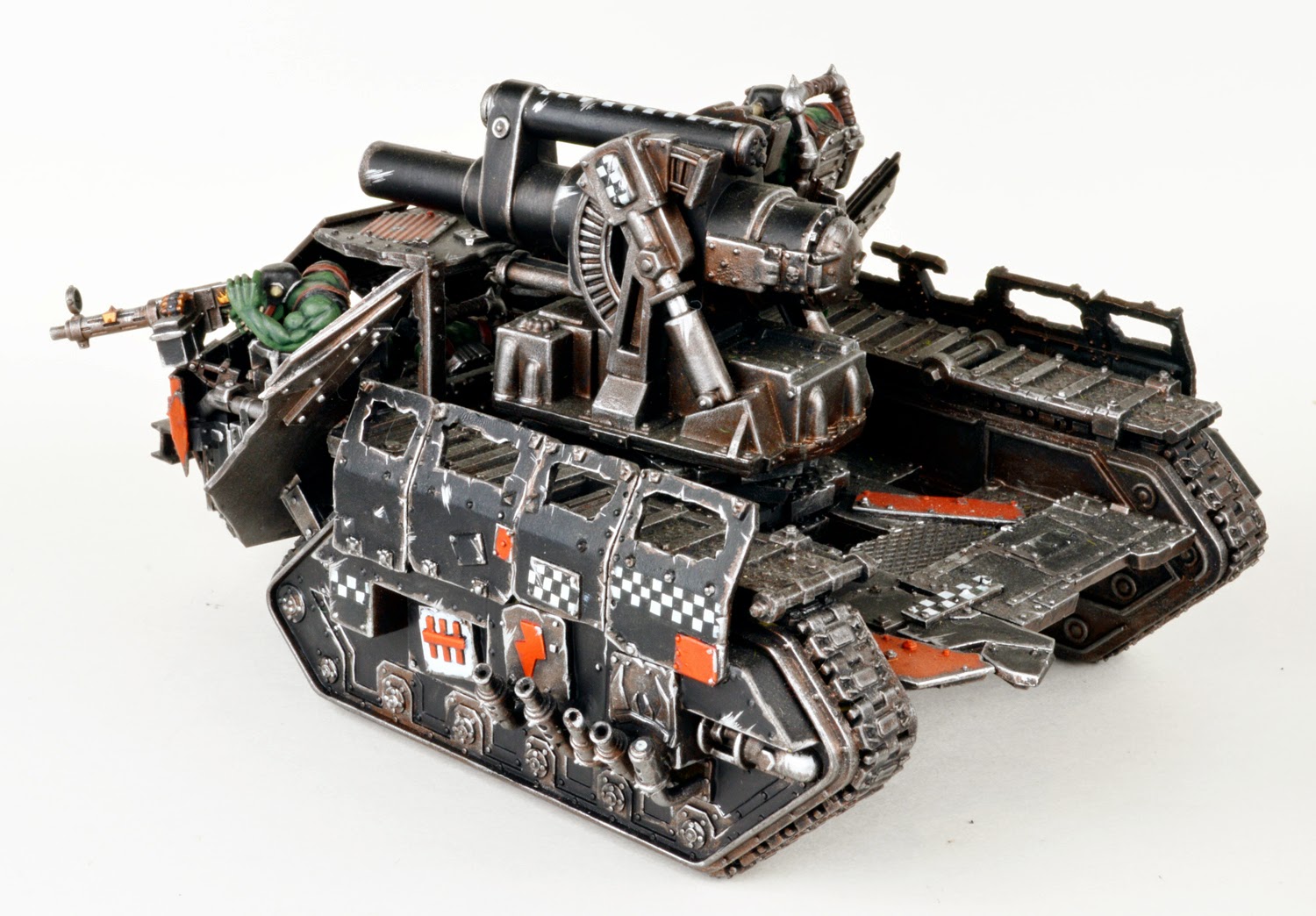 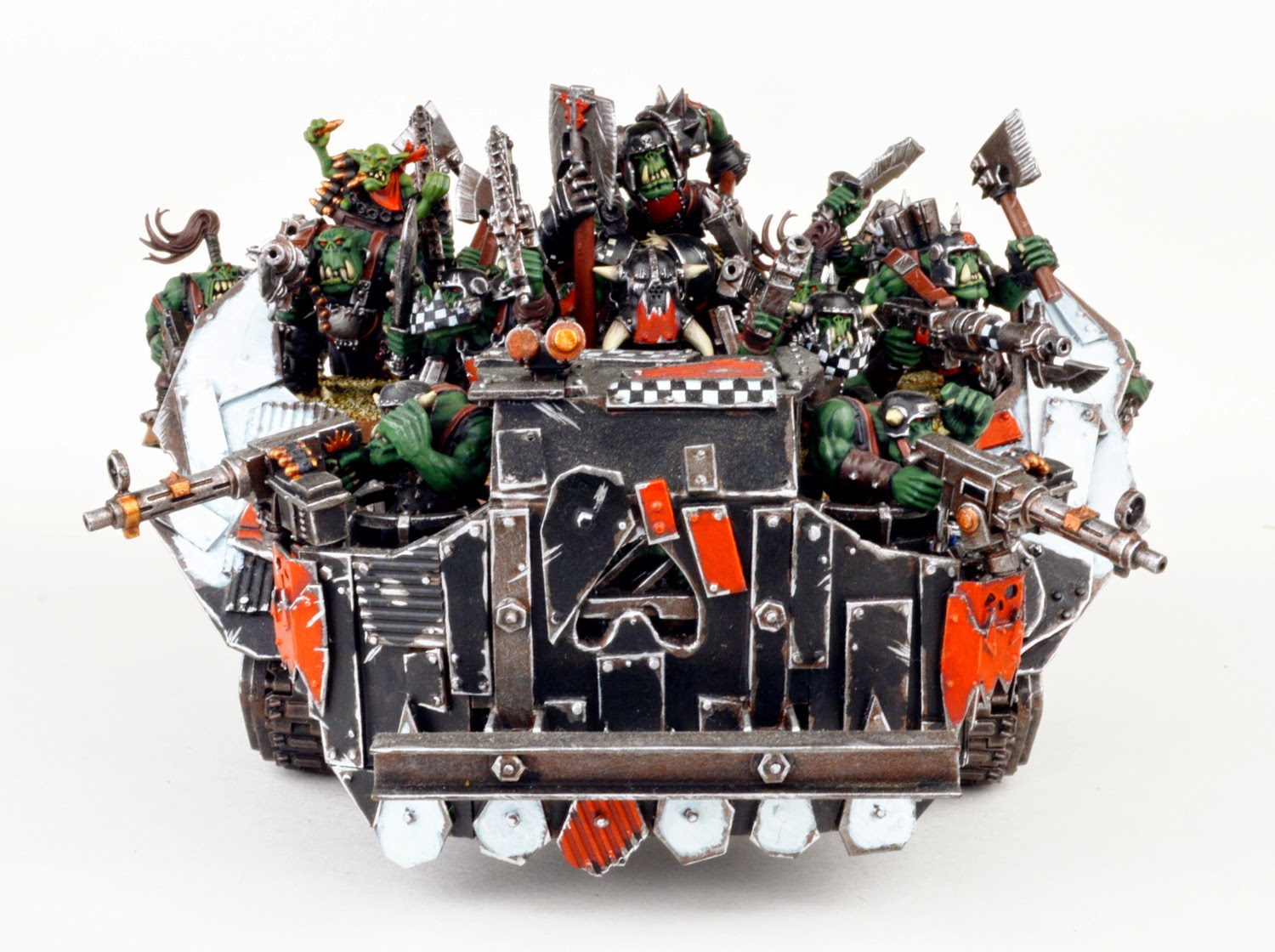 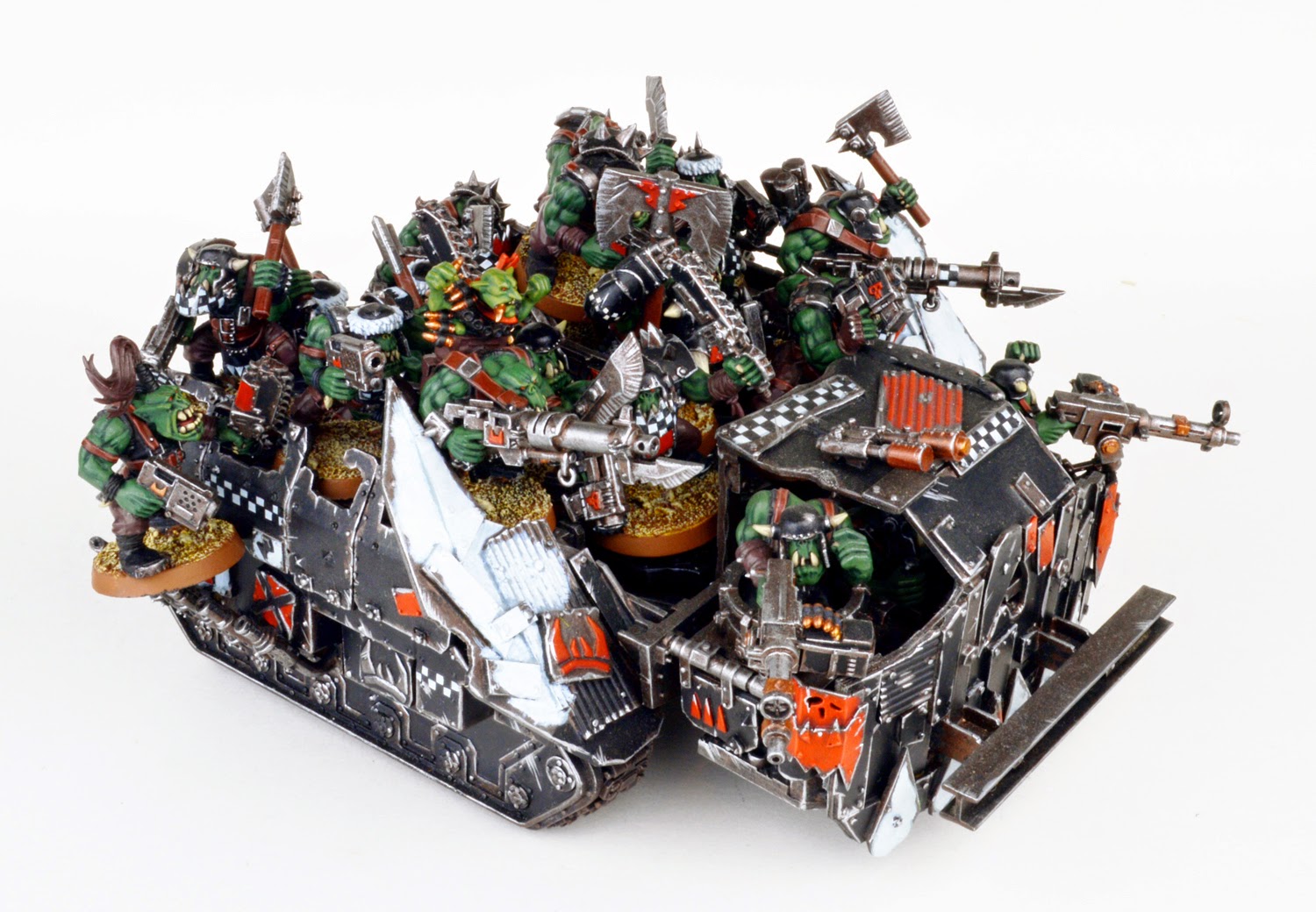 And yes, if you take out the big gun there's plenty of room for 20 boyz!

Why am I showing you all this? Well I've been cleaning out my basement and decided that these boyz have to go. With the new Ork Codex just showing up, it seemed like a good time to move them on to someone who'll use them, rather than letting them languish in a case.

So, is anyone interested? Send me an email at tanithtaylor at gmail dot com with your most reasonable offer. I'll give it until July 11 before I put them up on eBay.

Posted by davetaylor at 4:00 AM

Email ThisBlogThis!Share to TwitterShare to FacebookShare to Pinterest
Labels: For Sale, Orks