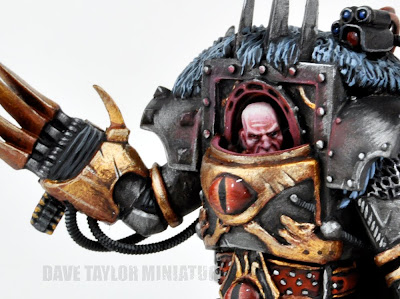 What a crazy year! So much going on: lots of good things, some really unlucky things, and some really tough times for a few friends. Through it all I managed to keep blogging, and actually increased the number of posts from 75 in 2009 to 87 in 2010. I wasn't sure I was going to keep pace due to my lull in September, but a strong surge in hobby activity in October, November, and December saw that problem fixed. What follows in a bit of a recap of the year that was, and a few promises* for the coming year.
2010 - THE BLOG STATS
Thank you all for continuing to frequent this blog. In 2009 I primarily chronicled the creation of my Blood Pact army (along with a couple of side projects), but 2010 had no real defining project (although there were a couple of big ones in there.
In 2009 there were 437 people that had decided to "sign up" by following this blog, in 2010 another 555 people thought it was worth following too, taking the total to 992. I'd like to think that this is a reflection of the quality of most of the posts on this blog. Sometimes they might be few, but I like to think that every second post is kind of worth looking at.
Over 2010 the blog had over 317,700 visits, coming from 137 different countries. While I'm sure that plenty of those were automated bots searching for the next place to put their Viagra advertising, it's nice to know that some of the visits were from real people. And that number means an average of roughly 870 visits per day.
Thanks must also go to a variety of sources for referring folks to the blog, the top five (according to Google Analytics) were: Bell of Lost Souls, From The Warp, Warseer, Dakkadakka, and Bolter & Chainsword.
2010 - MONTH-BY-MONTH
As I mentioned earlier, there were no over-arching projects, but a mix of commissions, competitions, charity work, tutorials, and work on my own hobby projects. Here's the month-by month rundown of what was done in 2010.
January - My work: Blood Pact Locust & Hellblade, first units of my Napoleonic British. Commissions: Emperor's Children, Thunderwolves, Horus Lupercal. Tutorials: Freehand Chaos Star.
February - My work: Minotaurs and snow shovelling. Commissions: More Emperor's Children.
March - Competitions: Blood Pact Tattoos. Commissions: Horus Lupercal.
April - My work: Jabberslythe, getting tattooed, surviving car crash and cursing Icelandic volcano. Commissions: Tanith, Kor'sarro Khan, Rylanor.
May - Commissions: Tanith, Kor'sarro Khan, Abaddon.
June - Commissions: Tanith. Charity Projects: Storm Wardens.
July - Charity Projects: Storm Wardens. Tutorials: Building a Sternguard bolter.
August - My work: painting for the Golden Demons. Commissions: Big Bastion!
September - My work: more Napoleonic British. Commissions: Leman Russ. Charity Projects: Legio Custodes auction.
October - My work: Empire army. Commissions: Tanith. Charity Projects: Incursion boxed set.
November - My work: Empire army, Flames of War German Light Panzer company. Charity Projects: Incursion and Space Hulk auctions. Tutorials: Glass Portholes and Feathers.
December - My work: Empire army, more Napoleonic British. Competitions: Steel Legion Lists. Tutorials: Dark Eldar Warrior and Wyche painting tutorials.
Wow. Lots of stuff worked on, a lot of it for other people. Halfway through the year I realized I was spending all my hobby time working on commissions, so I decided to not take on anymore. I'm still honoring few that are longer term projects, but I can't see myself jumping back into it any time soon.
2010 - THE REVELATION YEAR
Following the support from you, the community, when I lost my car in an accident in April, I saw how important it is to give what you can, when you can, to help those in need. Thank for your kind words and donations. It helped me see that we can do a lot as a group. We don't all have to chip in for everything all the time, but helping out in some way not only makes you feel really good, but strengthens our community as a whole.
In 2010 this blog was part of a group that raised over $20,000 for folks in need, both near and far. Expect to see much more of this in 2011, with a wider variety of formats and opportunities for you to participate.
2011 - MORE CHARITY GOODNESS
The "Friends of the Storm Wardens" group of bloggers will be back with something much more grand in scope. Very exciting stuff that will hopefully blow last years project out of the water. John and Mike from SCWH are nothing if not visionaries!
I'll also be working with Rob Villnave and others in the Delaware office of Battlefront Miniatures on a great charity project that should see the light of day come Spring.
Only a much smaller, but no less important, scale I'll be doing some more fundraising for my friends John and Justin. Infact, just before Christmas I received a box of goodies as a thanks for the promotional support I've given to my friend Alex who recently opened his mail order business, Battleroad Games & Hobbies (Alex has a sale going on right now, go and check it out). You can see pics of the box and it's contents below. The idea is that I paint up the rather eclectic contents of this box to sell or auction off to continue my fundraising for the guys. Should be quite a bit of work. 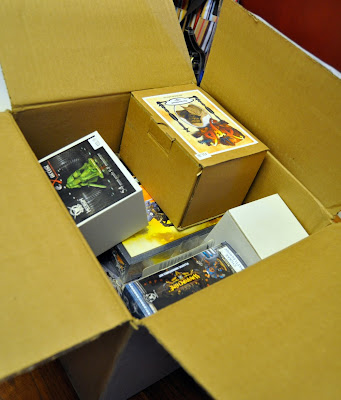 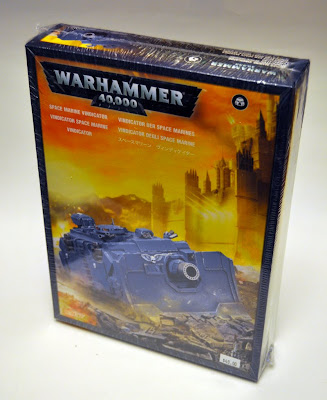 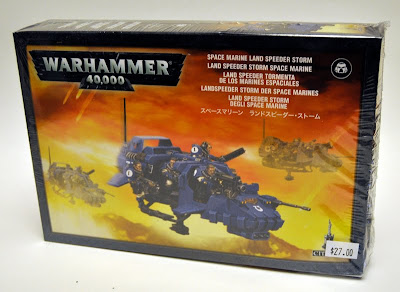 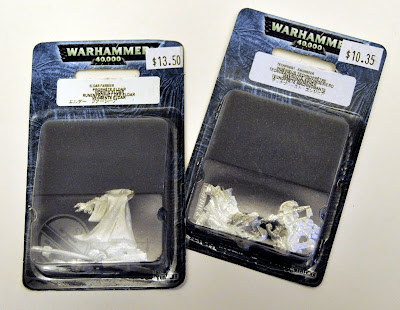 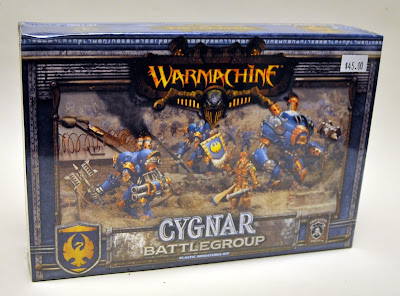 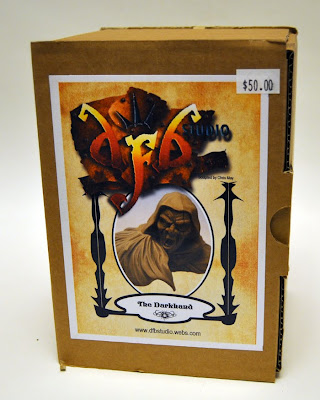 A creepy bust from DFB Studio

and some figures from a company I'd not heard of before, HiTech Miniatures.
2011 - THE PROMISES*
So, with lot's of stuff accomplished in 2010, I'm going to try and get the following done for 2011.
• Participate in the huge charity project with the "Storm Wardens" team.
• Finish my Artillery Train of Nuln army at some stage.
• Add a few more units to both my Blood Pact Army and Genswick 33rd Rifles army.
• Complete another 120 models for my Napoleonic British army.
• Add four more tutorials to this blog over the year.
• Participate in four painting competitions this year, with some models that are specifically for competition.
• Attend a Masterclass seminar by Mathieu Fontaine.
• Get elbow-deep in the potty training process of my lovely daughter.
• Continue to have a fantastic time working on Wargames Illustrated (and talk about it more often on my blog).
• Paint another Flames of War army, with infantry this time, and play some games with it.
So, I hope your 2011 is a great one. Rule #32: Enjoy the little things.
Take care of your loved ones and hobby as much as you can!
Cheers
Dave
* Note: Promises not valid if made from a basement in the state of Maryland.
Posted by davetaylor at 7:24 AM