I can never seem to get the hang of the smaller, more regular posts that so many other bloggers are able to pump out. They may be far apart, but at least they're big and meaty ; )
Anyway, it is less than two weeks until I'm going to be playing in Phoenix at the Battlefoam "Wild West Shootout" Indy GT. I'm pretty psyched, even though I have seven vehicles to get finished by then. Plenty of late nights for me I think.

Here are the first three almost complete. My platoon command "Chimera" on the left with a turret-mounted heavy flamer, my Psyker Battle squad's ride is in the center (I just need to finish the gunner and camo netting, and my N-20 Flame Halftrack (Hellhound) on the right. 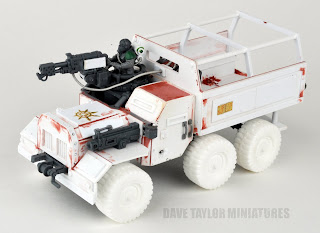 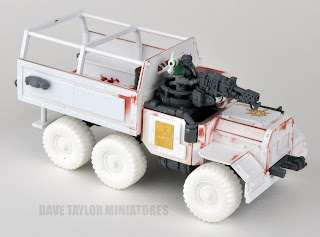 Close-ups of my heavy-flamer toting transport. 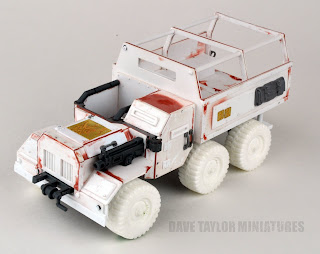 My Psyker squad transport. This one will typically be sitting still in terrain, hopefully gaining a 3+ cover save on a regular basis. 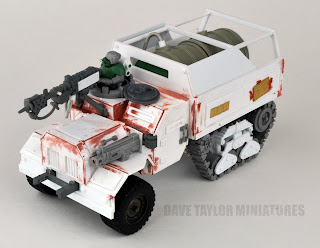 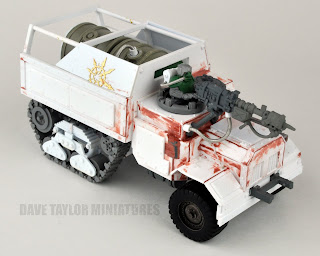 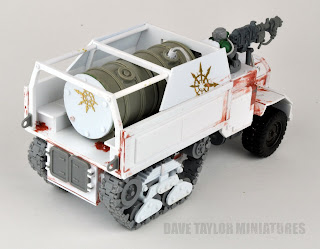 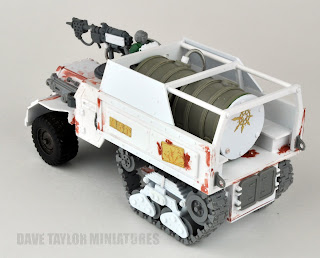 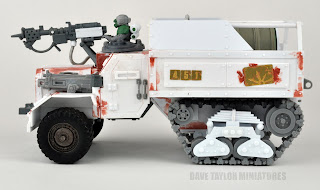 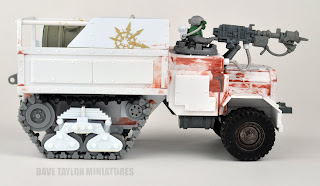 The N-20 Flame Halftrack. The halftrack suspension is copied from the halftrack I made for my GD Diorama here. The tanks in the back are from a Forgeworld super-heavy tank, and the front of the inferno cannon is from an Ork Burna Boy.

In Sabbat Martyr, Dan mentions the self-propelled artillery support used by the Blood Pact, the Usurper. When I last chatted with Mr Abnett he said he had the WW2 M7 Priest in mind when he created the Usurper. Therefore I put my own spin on the piece, basing my two off Leman Russ tracks and toting Medusa siege guns. 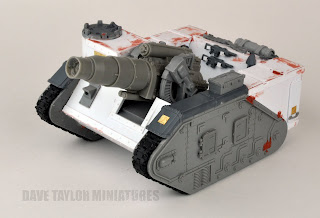 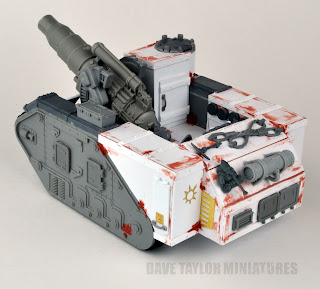 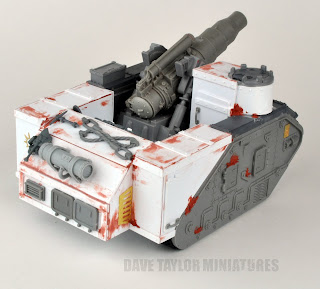 Obviously it isn't directly copied from the Priest, but it certainly takes a lot of keys from it. 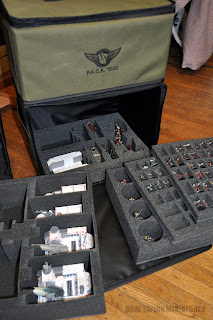 My Battlefoam cases arrived recently, so I couldn't resist seeing how everything was going to be packed for the trip to Arizona. I'll be packing it with a mix of stock trays and custom trays. I'm looking forward to traveling with these cases. 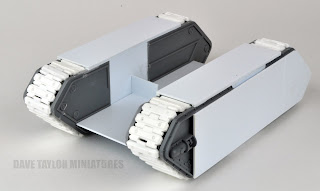 So you've seen the first five vehicles, here's the start of the sixth (which will be the same as the seventh). Still a long way to go on the AT-73 Reaver (Leman Russ). So wish me luck on that.
I've had quite a few folks asking me about commissions recently, which is great. With any luck I'll be able to support my hobby from commissions alone next year. That would be nice. On that note, I'm actually giving something away in November!
I've donated a paintjob to the charity auction that will be held at Mechanicon in PA on the first weekend of November. This is the first year for the event, and the team putting it together have been working really hard to get everything together. If you're on the East coast of America, you'd be pretty crazy to miss what will grow into one of the larger gamer-run events around.
For details on Mechanicon, click here, and get yourself along to the show. Don't forget to bid on my paintjob (on the 28mm human-sized miniature of your choice), and have fun!!!
Cheers
Dave
Posted by davetaylor at 8:57 PM